Play-Doh Drops a Deuce with Their Poop Emoji Playset

So this is where we are in the 21st century. No flying car in the garage, no robot serving me beer at home, no transporter beams… and now we have a toy that teaches our kids to play with poop. This is the world we live in, folks. This new toy is called the Play-Doh Poop Troop playset, and it’s the sh*t. 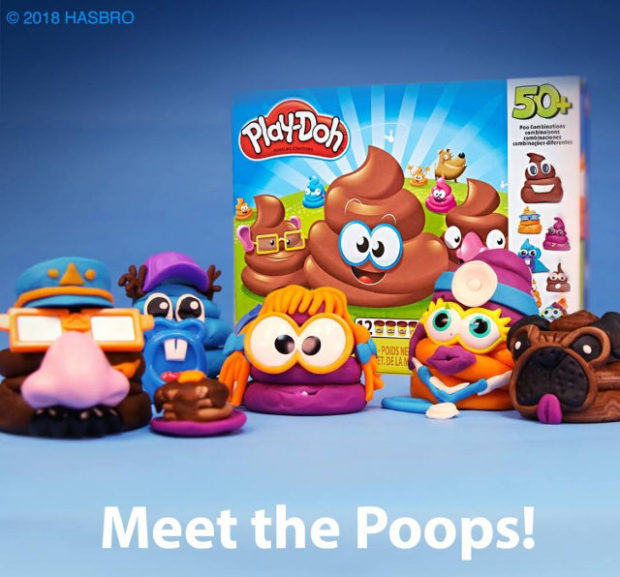 For $14.99, kids get twelve cans of Play-Doh, and four of them are brown naturally. It also comes with over 50 accessories so you can dress your Play-Doh poop up Mr. Potato Head style. According to the photo, there’s a dog turd too. How long until this is normalized so much that kids start playing with real poop? 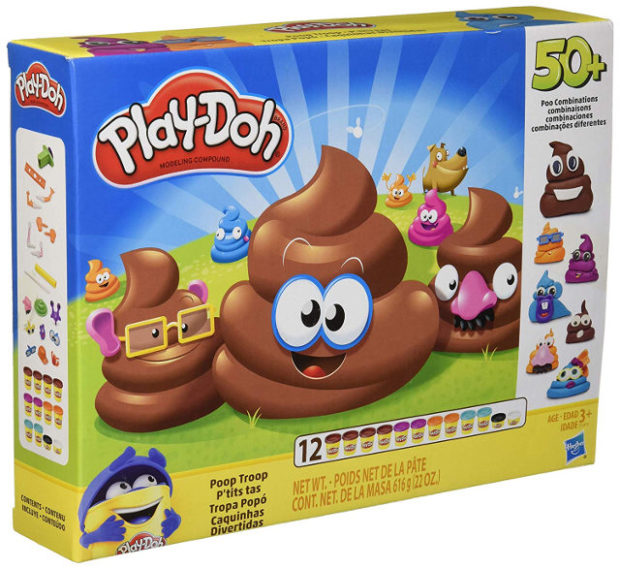 Actually, I want to get in on this poop toy action. I’m going to market a new line of poop-themed toys under the brand “E. coli”. Our first product is a fast-paced board game called “Dire-Rhea.” Should be a real floater for our company, but you never know, it may just stink. We have new products every Turds-day. 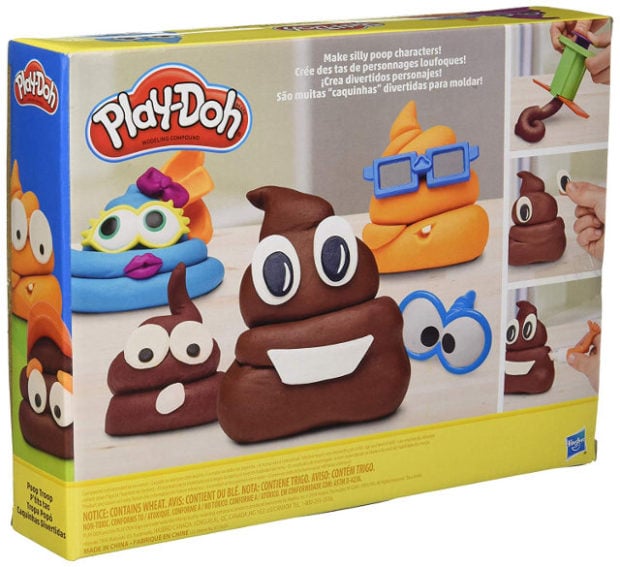 Come on guys, don’t let your kids play with poop, fake or otherwise. It’s called dignity. Let them have some.