Rick And Morty Tiki Mugs: Drinking in the Multiverse 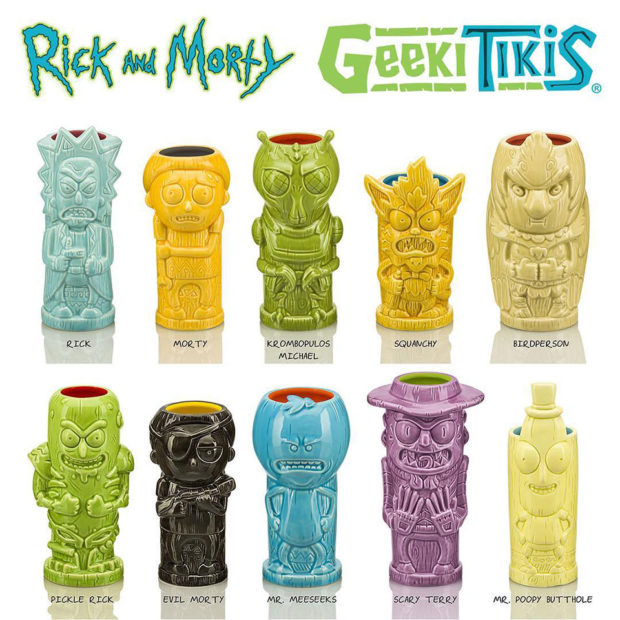 I would never admit to drinking from a poopy butthole though and neither should you. Maybe I’ll just keep that one locked in the cupboard. I just don’t want my lips on a poopy butthole. Does it ever truly get clean, even in the dishwasher? I guess you could bleach it, but that’s a lot of work. I could stick stuff in it, like my pens and pencils, but that just seems weird. Yeah, that one is a no go, but I like the rest.

These mugs are dishwasher and microwave safe and cost $18 a piece from Entertainment Earth. So if you get the whole set it will cost you a crazy $180. Too bad we can’t use a portal gun to travel to the nearest dimension and get them cheaper. It isn’t easy being a fan sometimes. You gotta pay up so you can drink up in style.

via [The Awesomer via Geekologie]