Take note, sneaker collectors. Game Boy Air Jordans are here. They may not have a cartridge slot, but these kicks look great. Johnny Barry’s Freaker Sneaks produces super-small runs of custom sneakers and fans can’t get enough of them. Their retro Air Jordans IV’s include NES versions and now there’s a Game Boy pair that looks amazing. 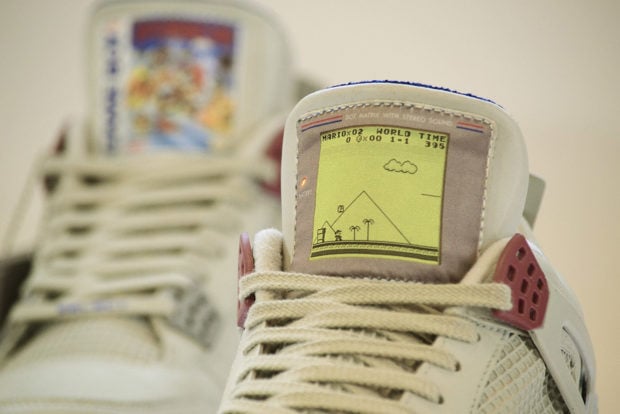 The shoe backs have the handheld’s d-pad and two face buttons embedded on them, while the front flaps have Super Mario Land’s box art and an image from the Game Boy’s green-tinted LCD screen. 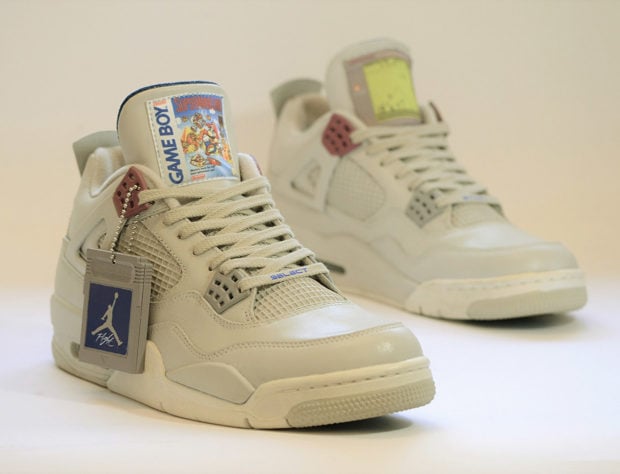 One nice bonus is that the buttons are press-able and they include a Game Boy cartridge as a hang tag. So sneaker fans who are also Game Boy fans can only drool over these bad boys. One interesting fact that collectors should know is that both the Air Jordan IVs and the handheld were released in 1989, making this a perfect pop culture mashup. 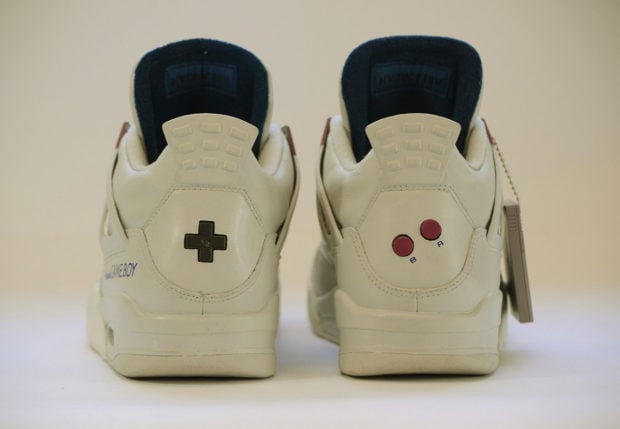 Just be prepared to pay up. They’re $1,350 a pair, and only 10 pairs will be made. Sadly, that means that most of us mere mortals will never hold them in our hands, let alone put them on our feet. I’m jealous, but congrats to those lucky 10 buyers. Now you’re playing with power.

[via Attract Mode via Kotaku]