One of the things that fans of the Harry Potter books and films remember the most is the game of Quidditch that the wizards play. Harry got to be the Seeker and tried to catch the Golden Snitch to win the game for his team. Fans of the films and books will want to grab one of these Golden Snitch drones. 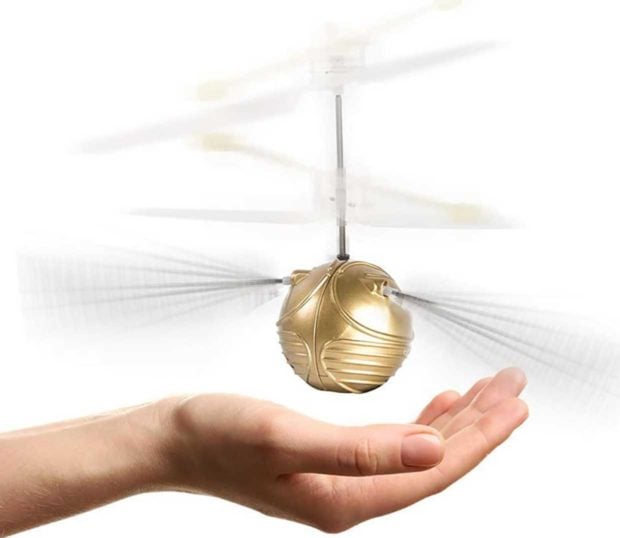 The body of this compact drone looks like the Golden Snitch from the movie, but it flies much more slowly. It’s held aloft by counter-rotating blades sticking out of its top, but also has flapping wings to make it look like the Snitch in the film. Check it out in the video below:

The coolest feature is that it has proximity sensors, and when it detects your hand it will fly away when hovering in place. It also has a remote control that allows the user to control speed and altitude. Harry Potter’s Golden Snitch Drone is available via Hammacher Schlemmer for $39.95.