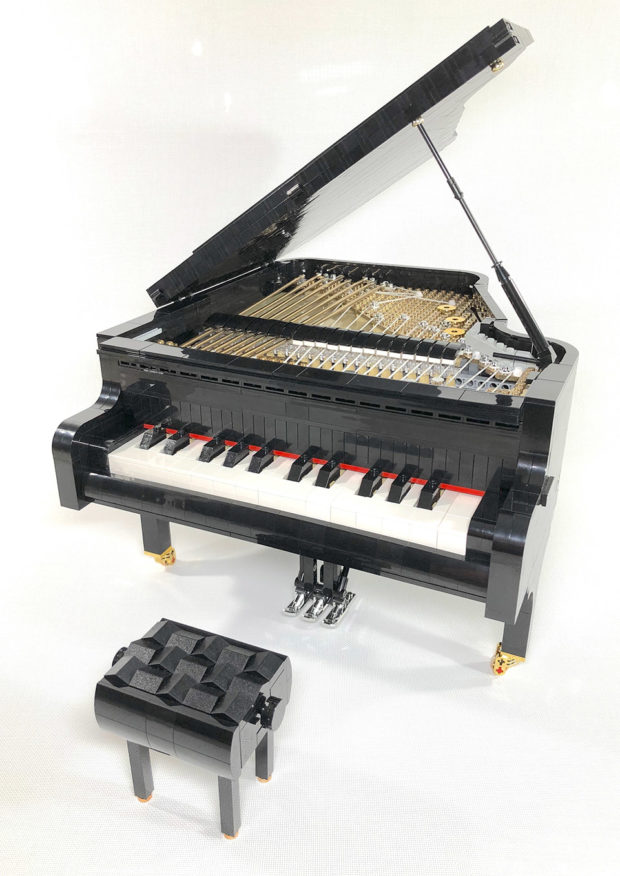 This mini-musical masterpiece was designed and built by LEGO Ideas member, SleepyCow AKA Donny Chen and is made of 2,798 pieces. It has some really cool features like a removable keyboard with 25 independent working keys for instance. And each has its own hammer and string, plus working dampers and functional pedals. Yeah, this is an amazing bit of LEGO engineering. 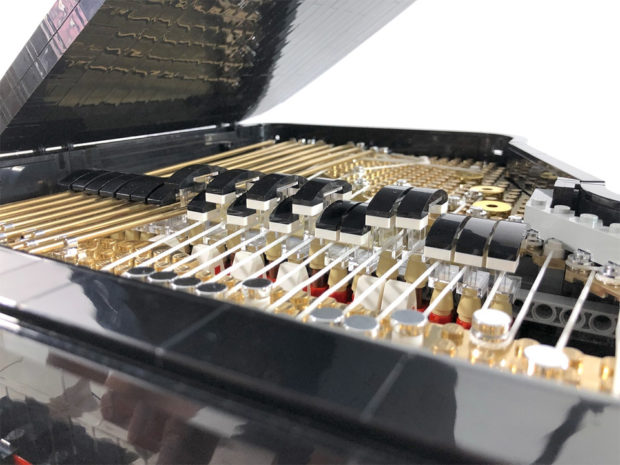 All of the details are great right down to the “wheels” on the feet. It also has a realistic piano lid, a soft-closing fallboard, removable music stand, height adjustable piano bench, realistic piano wheels, and LEGO PowerFunction for self-playing. Keep in mind that it doesn’t actually play music, but it is mechanically functional, and that’s pretty cool all on its own.

You have to go vote on this piece at LEGO Ideas. So far it has So far it has over 5,000 supporters. If it gets 10,000, it could be considered by the LEGO Ideas panel to be an official set, though it’s likely to be an expensive expert set if it were ever to be produced. At least it wouldn’t face any licensing issues, which has stymied other LEGO Ideas projects in the past. I would say this one deserves to become a full set. It certainly has my vote. 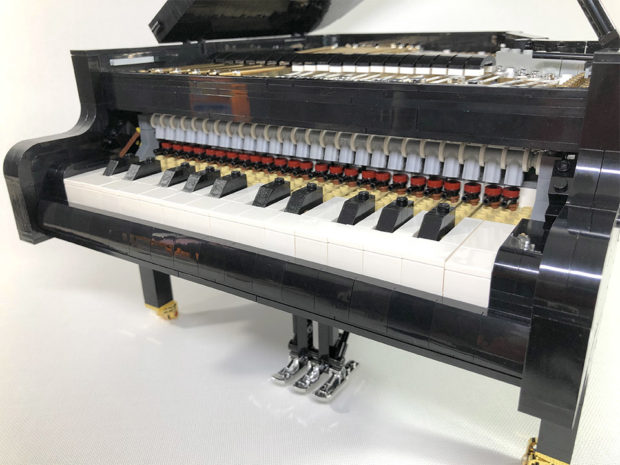 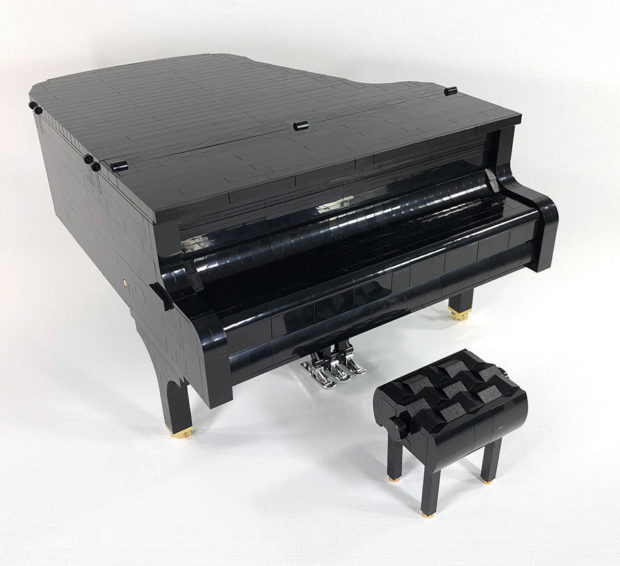 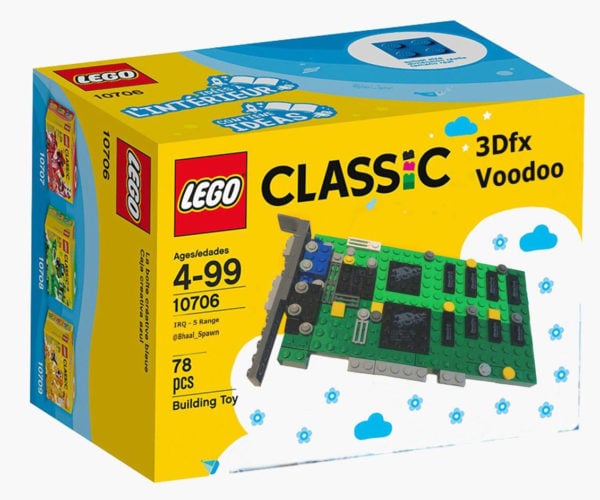