This Bra Falls Off When You Clap Your Hands

It’s a common problem: guys having trouble unhooking their ladies’ bra. Well, hopefully, this is soon going to be a thing of the past thanks to a patent recently granted to Michael M. Ahmadshahi Ph.D., Esq. for his Signal-Activated Lingerie. 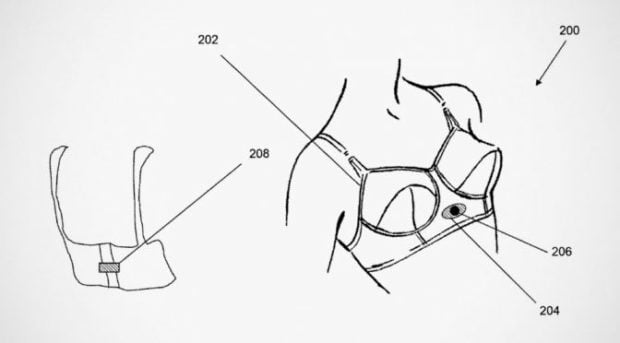 The main problem that patent US20170095025 is attempting to solve is described as follows:

“Lingerie, such as bras which are worn by females, have a fastening mechanism, such as a hook-type fastener, which is difficult to open, especially for the male counterpart. A bra according to the present invention could be made using a signal-activated fastener such that the female’s boyfriend or husband could clap his hand and the bra would automatically open.”

“A lingerie comprises an upper panel, a lower panel, and a signal-activated fastener. The upper panel is generally oriented horizontally and the lower panel is generally oriented vertically with respect to a wearer’s body. The upper panel includes a first strap and a second strap and the lower panel includes one or more frontal straps and a back strap. The signal-activated fastener is coupled with one end of the first strap and one end of the second strap, the first ends of the one or more frontal straps are coupled with the upper panel, one end of the back strap is coupled with one the first strap and second strap, and the signal-activated fastener is responsive to a signal and operative to unfasten causing the lingerie to fall off from the wearer’s body.” 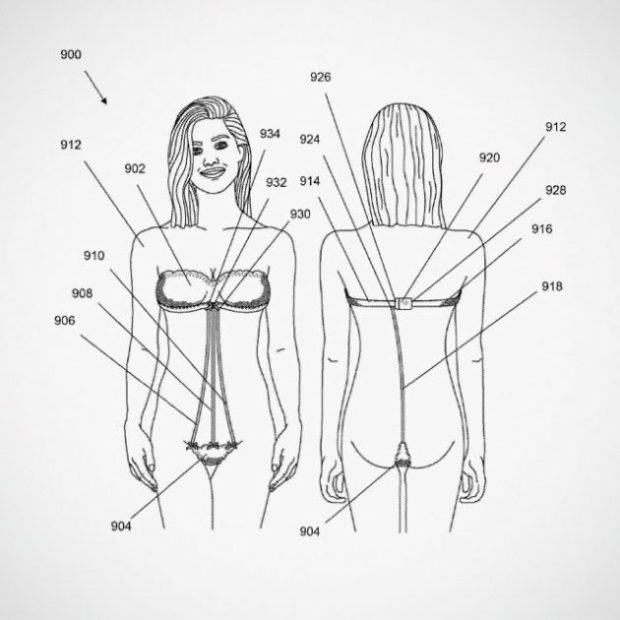 In other words, the bra falls off when you clap your hands. I have to say, that’s my kind of clothing. I guess it also falls off at the end of live shows, plays, and when you use the Clapper to turn your light on and off. I suppose that could be a problem. 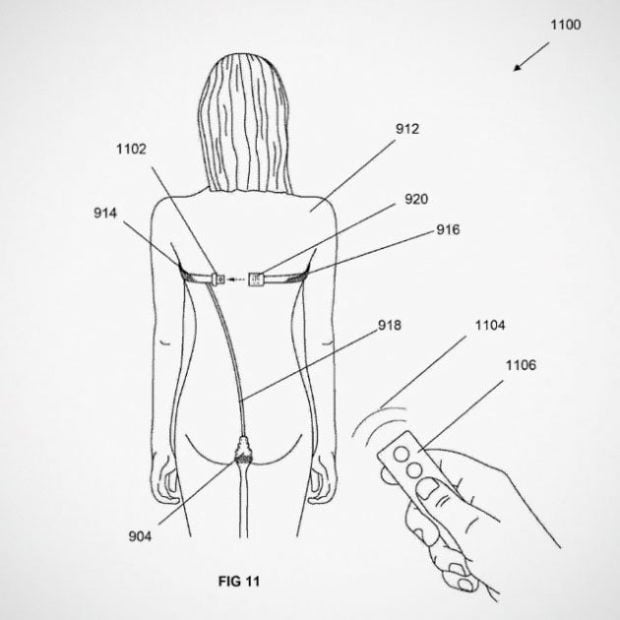 This tech can be used on a variety of apparels too, like pants and belts for instance. There is even the possibility of voice-recognition technology so that only authorized people can activate it.

I’m applauding this device right, but so far no boobs have been freed in my vicinity.

[via Boing Boing via Mike Shouts]