These Star Wars Keycaps Let You Type in Aurebesh

Wanna geek up your keyboard and brush up on your intergalactic languages at the same time? For those not in the know, Aurebesh is the lettering that you see all over the Star Wars movies. Well, we have some cool news. You can now get this official Aurebesh keycap set to keek up your keyboard. It makes your keyboard look cool and as an added bonus, other non-geeks can’t use your keyboard, because they will have no idea which letter is which. 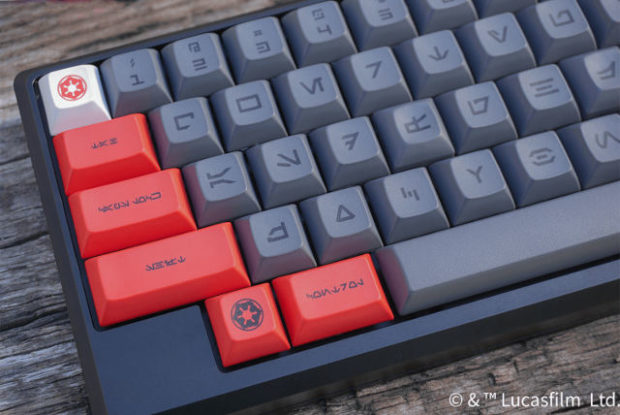 The Star Wars Galactic Empire DSA Keycap Set features PBT dye-sublimated keycaps. It’s a 157-key set that includes ‘8 unique novelty keycaps to show your allegiance to the Empire. You can get it in two versions: pure Aurebesh, or Aurebesh with small English sub legends in the upper right corner of each key so you have some clue what you’re typing. 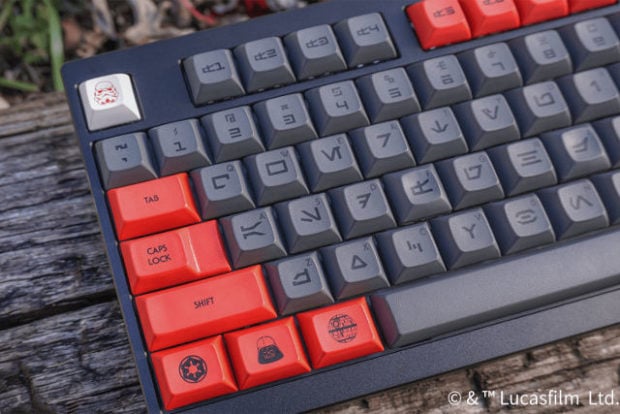 They’re available for pre-order and will ship around March or April. Each set will cost you a cool $250. That’s pretty expensive for a bunch of keycaps, but what can you do? They appear to have cornered the market on nerd language accessories. If you want your keyboard to look authentically Star Wars, you have to play ball. 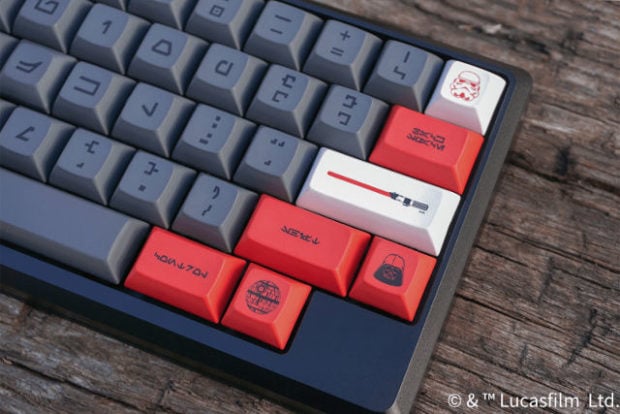 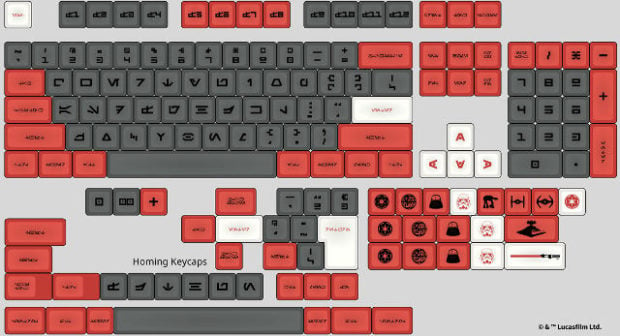 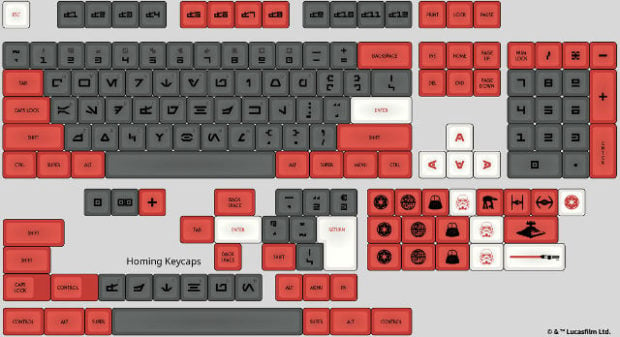