OMG! Asteroids Arcade1Up Cabinet is Only $199 at Walmart

I mentioned before that I had wanted my own ’80s arcade in my home since Silver Spoons was on the air. Arcade1Up has been peddling smaller sized arcade cabinets that look like those classics from the ’80s, and packing multiple games.

These arcade cabinets launched at an MSRP of $399, and Walmart was kind enough to offer them for as little as $299. Now, the big box retailer has a smoking hot deal going on, and anyone who likes retro arcade games will want in on this one. For a limited time, the 4 foot-tall Asteroids cabinet can be yours for $199 with free shipping. 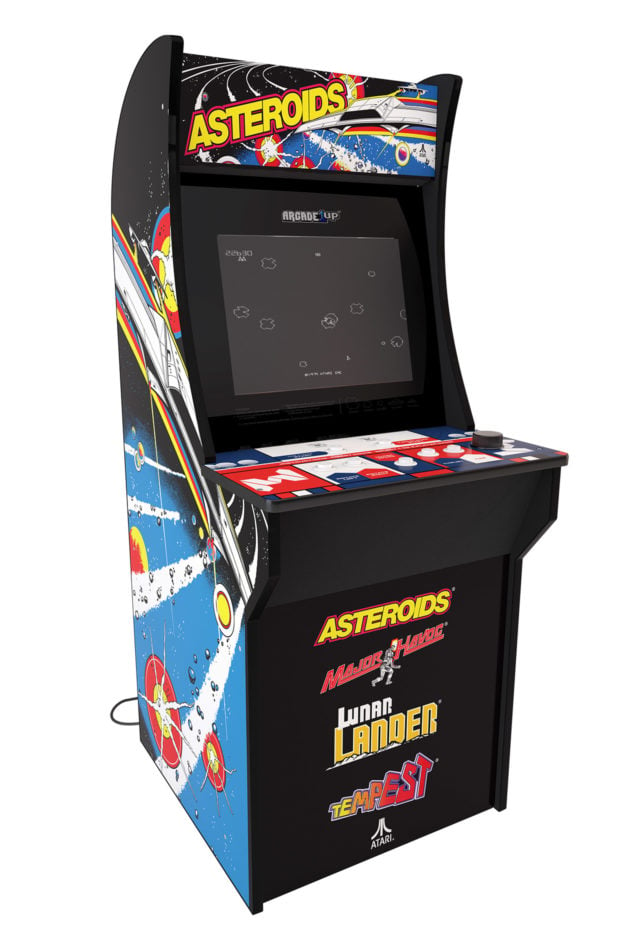 Asteroids was one of my favorite Atari games back in the day. The cabinet also has Lunar Lander, a game I spent who knows how many quarters on at the arcade. It also includes Major Havoc and Tempest (though you might want to loosen or replace the spinner for best gameplay). While it doesn’t have the actual vector monitor found in the original arcade machines, the emulated version on the 17″ LCD screen still looks good.

I need this thing in my life. If you do too, head over to Walmart right now before the deal is over.