If you’re a new parent and you want a terrifying scene for your home, try something like this Jaws inspired cot. This thing offers up a scene where a shark is eating your baby alive. It looks even more realistic when your baby is crying and just generally looking cranky. You have to wonder if this is going to scare your little one for life though. Probably, but totally worth it. It will make some psychiatrist rich in the future at least. 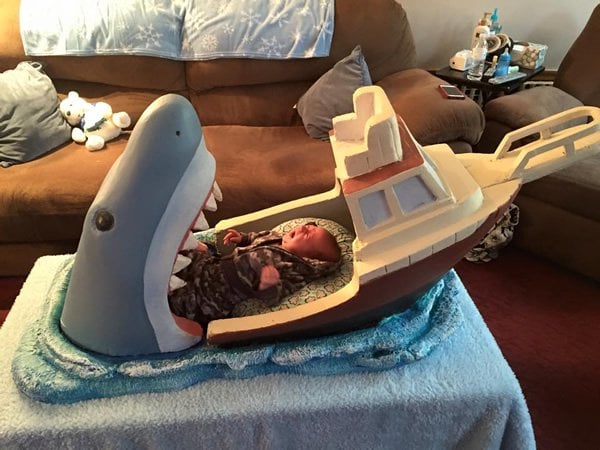 This fun cot was created by sculptor and Jaws fan Joseph Reginella, and was inspired by Quint’s death scene in Spielberg’s classic shark film. Apparently, it works great as a place for the baby to sleep, while making everyone else who sees it cringe. And as you can see from one of these images here, it also makes a great cat bed. 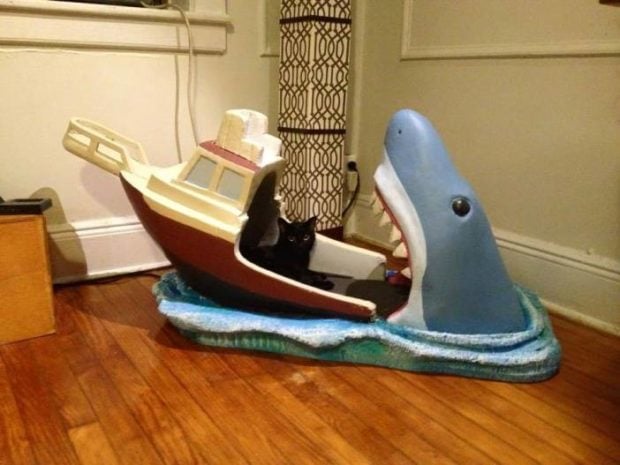 The only thing that could make this better is if it was animated so that the jaws made a chewing action that made it look like it was really eating the baby. This kid has such a cool dad. I bet he’ll make more cool things as the kid gets older and if they are really cool we’ll feature them so you can see.