Giant Metal Scorpion is the Terminator of Arthropods

If there’s one critter that I think universally gives people the creeps, it’s the scorpion. While only a very small percentage are deadly enough to kill humans, they’re still pretty nasty looking creatures, and not the type of thing I’d want to run into while walking around the desert. And if I saw a scorpion that looked like this, I’d get back in my car and drive as fast as I could. 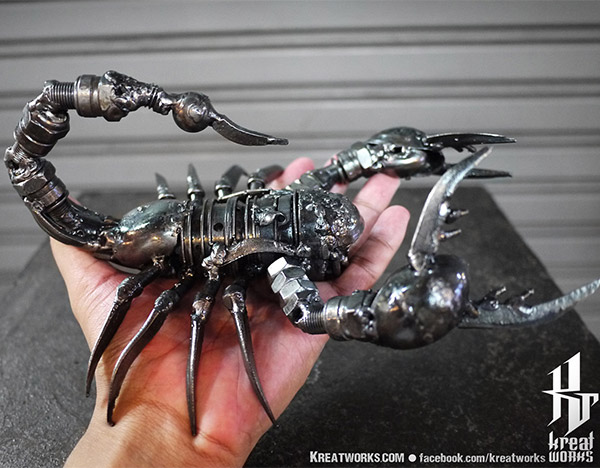 This oversize metal scorpion was made by Kreatworks from discarded automotive and machine parts, and measures about 8.25 inches-long. That makes it much larger than the relatively tiny scorpions we tend to think about here in America. But if you happen to live in South Africa, it turns out that there are real scorpions that are almost the same size. I will not be able to sleep tonight knowing that fact. 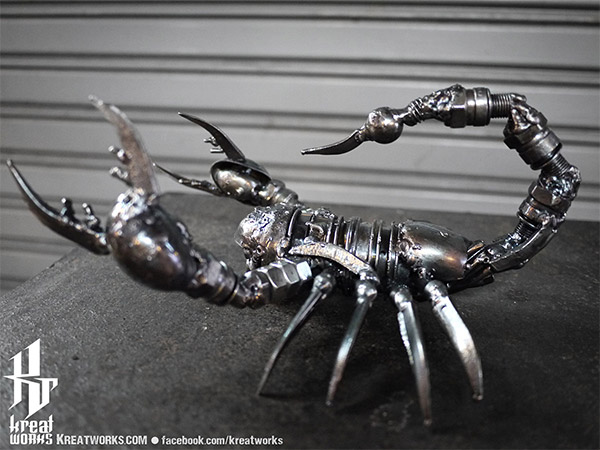 Now the metal variant doesn’t seem as scary to me, though I’m still not buying one for fear it might come to life and attack me in the middle of the night. If you’ve got no fear of scorpions, you can order one of these bad boys over on Etsy for $89.