This little robot is called Artie 3000, which sounds like a bad 1980s robot movie. Created by Educational Insights, it’s a programmable robot that encourages kids to code through art. 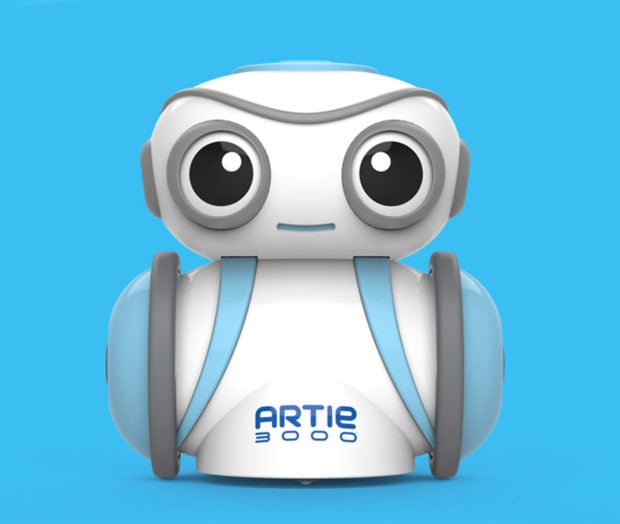 There are plenty of toys for kids that encourage problem-solving, but this one is kind of unique. This new ‘bot is all about art and design. The robot was designed to be easy to use so that kids can create simple or complex drawings with code.  Instead of drawing by themselves, kids can drag and drop code into a digital device and then Artie 3000 will make it happen. Artie draws what has been coded. It’s basically a modern version of those turtle graphics robots.

This little robot is compatible with a range of computers, laptops, tablets and mobile devices. You don’t need wi-fi to play with this robot. American Mensa, the society for high-IQ smarty-pants people, has partnered with Educational Insights to bring your kids this robot. In fact, Artie will be the first robot and only one of three characters to receive an honorary Mensa card. The others were Lisa Simpson and Mr. Peabody.