Pictionary is usually played by drawing on a sheet of paper or maybe a whiteboard. Now, we have a new way of playing the game by drawing in the air. No, not with your finger. Mattel has announced a new high tech version of the game, called Pictionary Air.

The game is basically the same classic charades-style word-guessing drawing game, but you draw in the air with a ‘light pen’. 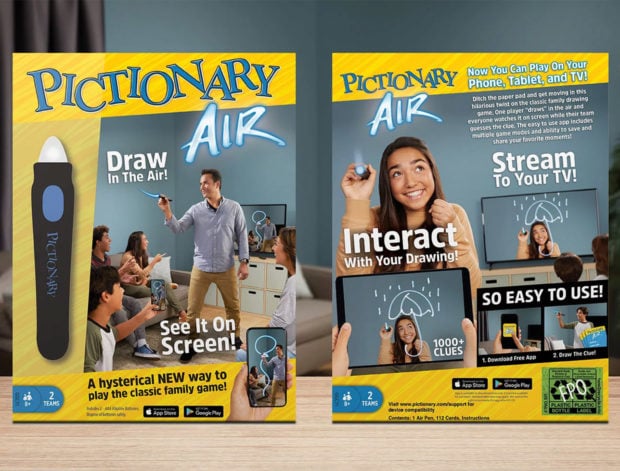 Drawing in the air is hard since you can’t see your previous lines, so this makes the game more challenging. You just draw an invisible picture with a special, oversize pen, and your teammates can try and  guess what your sketchy artwork is, in real-time, via a smartphone, or tablet which displays the image based on the positions of the illuminated pen. Your drawing can also be viewed in real-time on a TV, but you will need Chromecast or AirPlay. Drawings can be saved as videos and you can share them on social media.

You can see a demo of the game in the video below:

Mattel Pictionary Air should be available at Target initially on June 1, 2019, then after that other retailers will get it starting on July 1, 2019.

[via Petapixel via Mikeshouts]