The Millennium Falcon is one of the most iconic ships in the Star Wars universe that was a character in its own right. Han and Chewie flew that ship all over the place and got up to all sorts of scoundrel business in it. If you need to tell time and want to do it with something other than an everyday wrist watch or smartphone, here is the ticket – a Millennium Falcon pocket watch from Accutime. 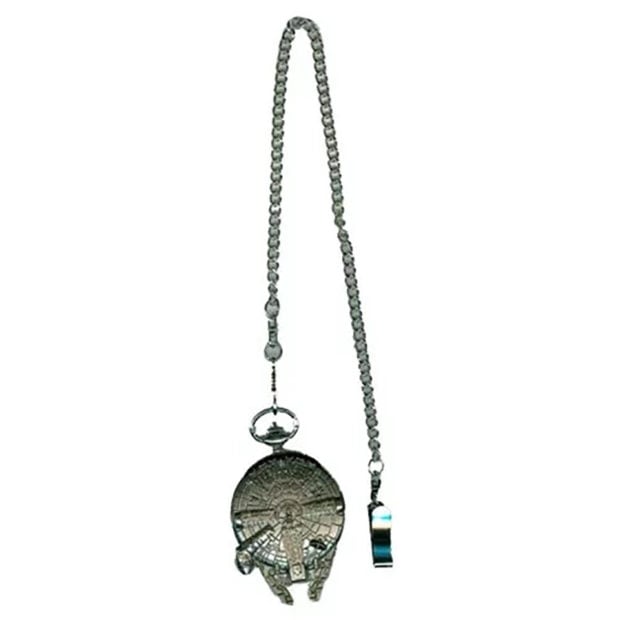 The image isn’t clear, but I assume the top of the Falcon pops open to reveal the hands of the watch inside. It’s set to ship in April for $15.99. I wouldn’t expect it to keep time all that well for the money, but Star Wars fans will still love it. You can preorder it now at Entertainment Earth.