The Etch A Sketch Camera Draws What It Sees Automatically

Drawing masterpieces on an Etch A Sketch is not easy. The challenge of scribbling only with a single line may be why it has been a popular toy for almost 60 years. Martin Fitzpatrick doesn’t need to make his own drawings on his Etch A Sketch. Instead, he uses hist to take pictures and lets it draw by itself. 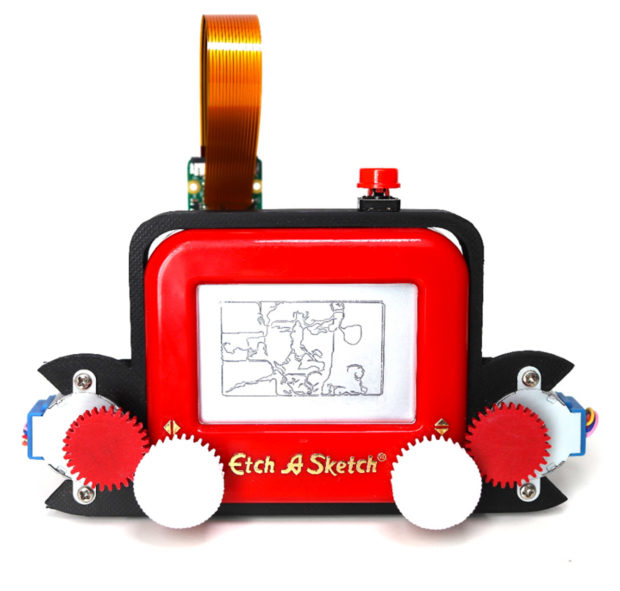 Fitzpatrick built his Etch A Snap around a Raspberry Pi Zero used to control stepper motors, and a custom 3D-printed frame and gearing to control the display. There’s also a basic digital camera on the back. Every photo is just 240 x 144-pixels in a 1-bit color palette of black and white. The image then gets processed, then motors turn the knobs to draw out the image by moving a pen along X and Y coordinates.

It does take between 15 minutes to an hour to process and draw an image, so it’s only good if you have some time to kill. If you want to build one yourself, Fitzpatrick has detailed all the steps of the Etch A Snap camera on his website.

Sure, it may be slower than every other camera out there, but I like it. If cameras had evolved differently, this may have come from Kodak or Polaroid along the way.