Terminator: The Musical Hits the Stage

Terminator is a classic movie from back when movies were made by people who were making actual art. We will never see it’s like again, no matter how many sequels or reboots that they try. Or maybe we will. Maybe Terminator: The Musical is just what we need. Nah. Probably not.

Alien: The Play was in the news recently, so why not? Terminator: The Musical is a full-on musical though, not a play put on by kids just re-enacting scenes. It’s also more of a parody based on the first two movies, 1984’s Terminator and 1991’s Terminator 2: Judgement Day. You haven’t lived until you’ve seen the T-800 or the T-1000 singing. 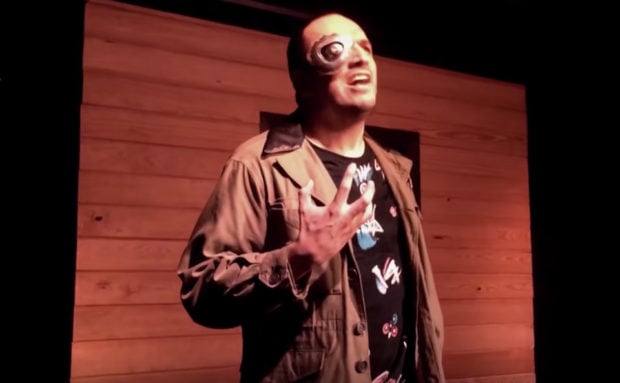 “Come explore L.A.’s sexiest time-travel conundrum with face-melting song-and-dance numbers only fit for back alley Broadway! Featuring explosive original songs sure to make you say ‘I’ll be back.. to see this shiz again!’”

Terminator: The Musical is happening at the Fallout Theater in Austin, Texas, and will run every Friday at 8pm and Saturday at 7pm through May 25, 2019. Tickets are just $18 in advance online or $20 at the door. Don’t miss this chance to see Skynet’s greatest hits on stage.

[via Movieweb via Mike Shouts]