If you aren’t afraid of drone attacks on humans in the near future, you should be. And if your plan was to simply knock them out of the sky, well, forget that. Drones can now dodge balls that are thrown at them. So, they will probably be very good at dodgeball – and also can not be taken out of the sky as they attack you. Depressing I know. 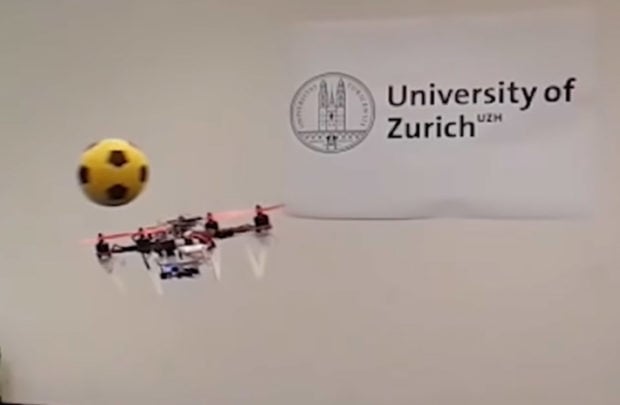 University of Zurich’s Robotics and Perception Group recently showed off an autonomous quadcopter that uses motion sensors to dodge balls that are thrown at it. The drone uses special motion-detection sensors which can identify pixel-by-pixel changes in a scene in microseconds. A regular camera takes milliseconds to do the same thing because those typically compare entire frames. The result of using the motion sensor is that this drone is incredibly fast at dodging objects.

The question now is: how are we going to get them out of the sky now? We need an EMP weapon I guess.