The Robo Firefly is a Giant Insect Drone

Like bugs? The Robo Firefly is being called the first insect-like consumer drone. So if you have ever dreamed of piloting your very own insect in the skies, this is your chance. This flying critter is modeled after an insect, so this doesn’t make a lot of noise when it flies. 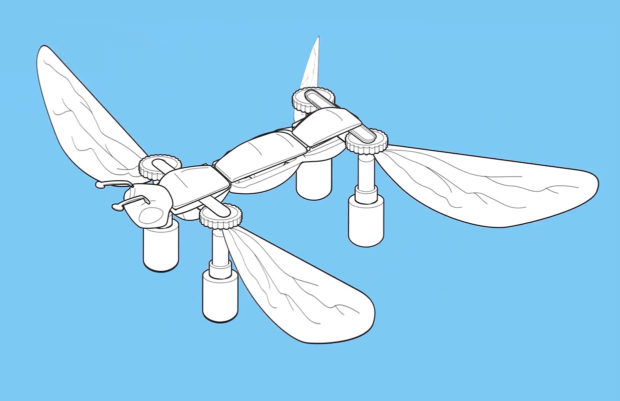 Its wing motion mimics that of insects, making its flight highly efficient. It also has built-in strobe lights so you can create a visual show in the air after dark. Hence the name Firefly. Its wings flap 25 times per second and this is how it gets its lift. That is five times in the blink of an eye, which is pretty impressive. It can reach a top speed of 12.5 mph. The insect drone connects to your smartphone and has a range of 100 meters.

You can get it fully assembled or in a makers edition that you can build yourself. There’s also a pro version for longer flights. Prices start at $88 on Indiegogo. Is it just me or is the narrator of the video using a totally fake accent? I guess he thinks he’s David Attenborough.