We’ve seen Boston Dynamics’ animal-inspired robots perform some impressive tasks over the years, from stacking boxes, to doing backflips, to performing sick dance moves, to pulling an airplane. But you can’t expect robot perfection 100% of the time, can you?

During a recent on-stage demo of their soon-to-be-produced Spot Mini robot, something went horribly wrong, and one robot basically keeled over and died in the middle of a presentation. The problem child came out on stage to demonstrate its payload handling abilities during Amazon’s re:MARS conference, and just when we thought it was going to do something nifty, it freaked out and collapsed. 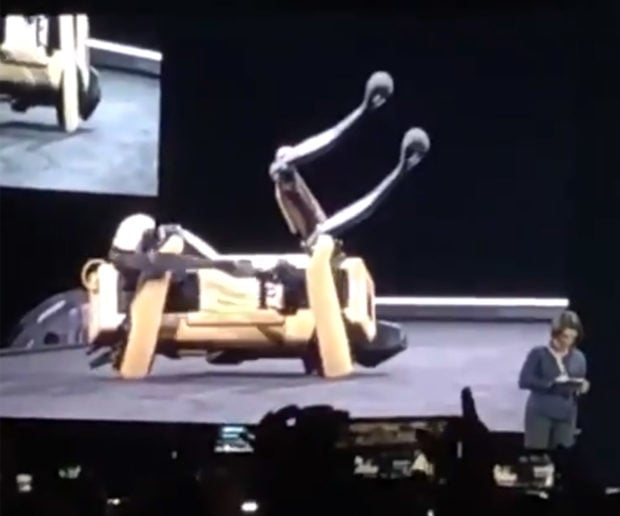 I’m assuming it was some kind of technical glitch, but it’s also possible the little guy got stage fright in front of all those spectators, and just froze in his tracks. Watch the poor little quadruped fail spectacularly in the videos below:

I don’t know about you, but this gives me some hope for humans to find a fatal flaw in these robots when the inevitable robot uprising takes hold.