When Arnold said “I’ll be Back” in The Terminator, he solidified his throne as the summer blockbuster lead for the next several decades. The T-800 has appeared in several sequels, and this November he’s back again in Terminator: Dark Fate.

Fans of Arnold and the Terminator franchise can get this Dark Fate T-800 7″ action figure from NECA. 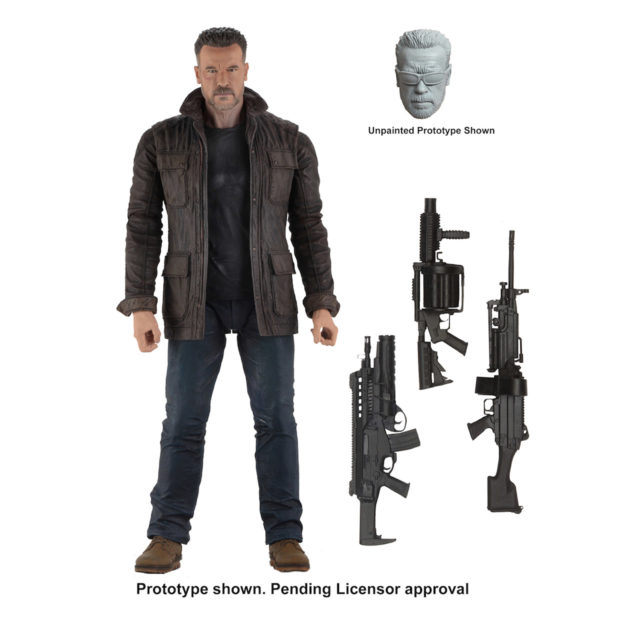 The figure is fully-articulated with “movie accurate” details and and authorized likeness of Arnie. It comes with an interchangeable head wearing sunglasses, and three deadly looking weapons to wield, presumably at the same time.

It’s available for preorder for $23.99 from Entertainment Earth and will ship this October.