This BBQ Grill Is Built Into a Jet Engine

Think the BBQ grill on your back deck is impressive? Get a load of this custom-built grilling station, which was built into the side of a jet engine. As a bonus, if this thing gets hit by a bird, you can just toss it on the grill and hit it with some barbeque sauce. 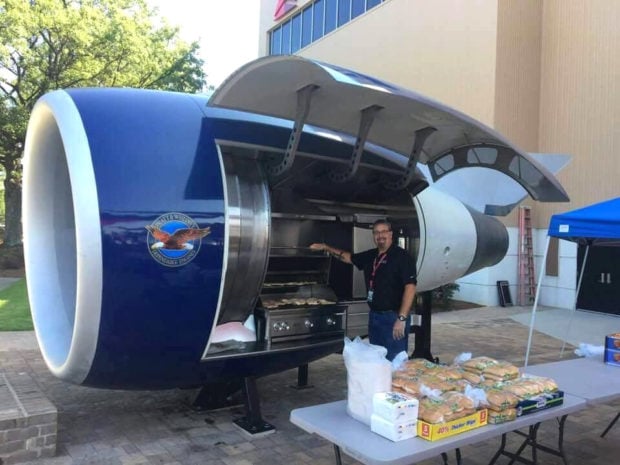 The grill was built by the Delta Airlines TechOps team in Atlanta, Georgia, using scrap parts from a Pratt & Whitney PW2000 jet engine from a 757. Both sides of the engine can open up to reveal a grill and workstation, and each side has its own cooking station. The finished grill was installed at the Delta Air Lines Operations Control Center. 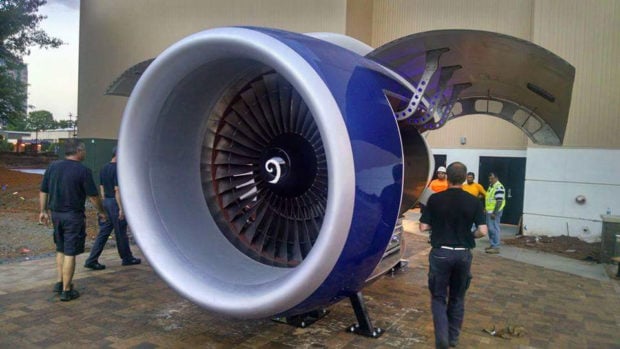 The video below shows the motorized door as it opens up, along with some cool blue illumination on the hinges.

This is a truly incredible build, and should make any backyard grillmaster jealous.