One of the more satisfying sights in the original Star Wars trilogy was watching Imperial TIE fighters get blown to smithereens by the Rebellion. But this awesome stained glass TIE fighter lamp is one that I’d never want to see in pieces. 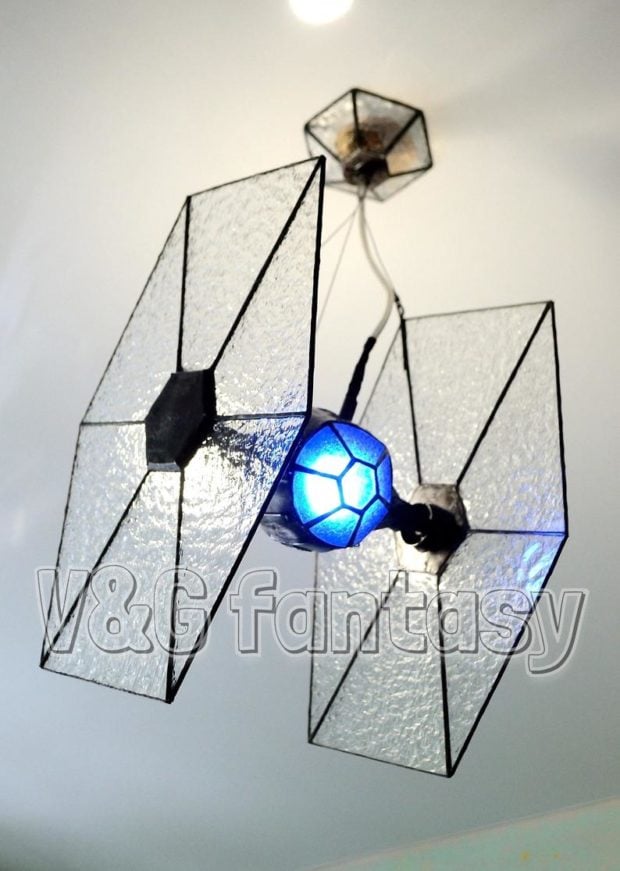 This beautiful work of Star Wars fan art was handmade by Russian glass studio V&G Fantasy. It looks just like the TIE fighters flown by the empire, with those iconic flat wings, and round cockpit at its center. The pendant-style ceiling lamp is made from glass steel, and copper, and looks like it’s ready to do battle with some X-Wing lamps if they existed. I particularly love the blue glow that emanates from its interior. All it needs is some kind of laser cannons and it would be perfect. Maybe you could rig some laser pointers up to it for added effect. 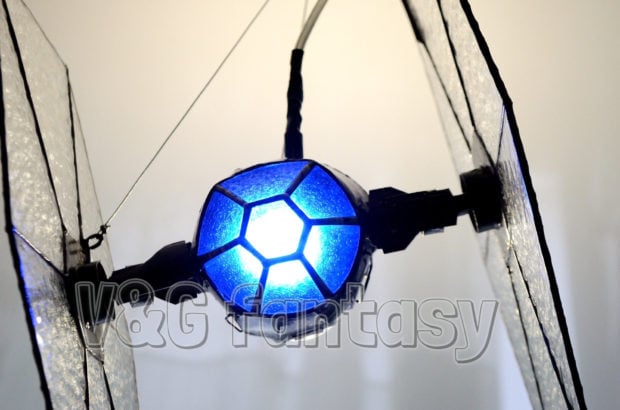 The finished piece measures about 18.8″ x 10″ x 8.8″, and is designed to run on a 220-volt power source, so you might need to buy a converter if you plan on using it here in the States. All this awesomeness doesn’t come cheap though, with this one-of-a-kind TIE fighter lamp selling for $750 over on Etsy. Of course, if you work for the Empire, you probably have a pretty good sized expense account for this kind of thing.