There is nothing cheesy about the Death Star – especially if you lived on Alderaan. But that didn’t stop Disney from making a fully-operational cheese board that looks like Darth Vader’s killer spherical space station. 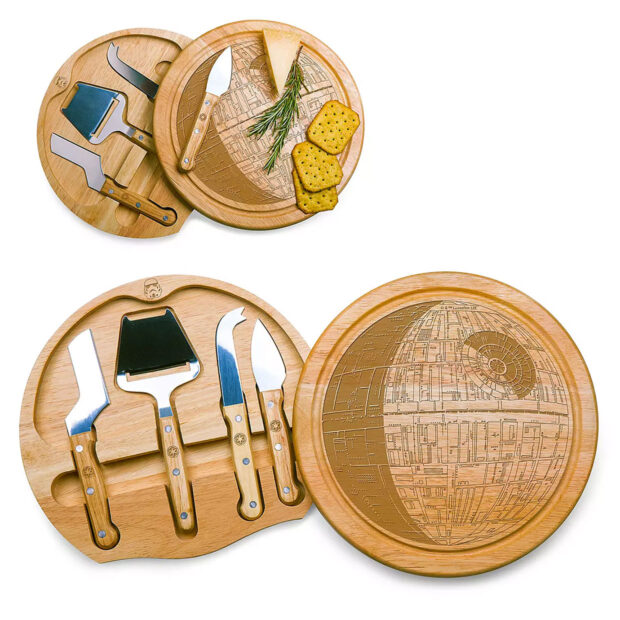 Unlike the actual Death Star, this one is crafted from rubberwood, and holds a set of cheese utensils inside: a cleaver, planer, fork-tipped knife, a spreader (and a Stormtrooper.) Rather than an exhaust port, I think this Death Star’s primary vulnerability is the dishwasher, so it’s best to handwash it. 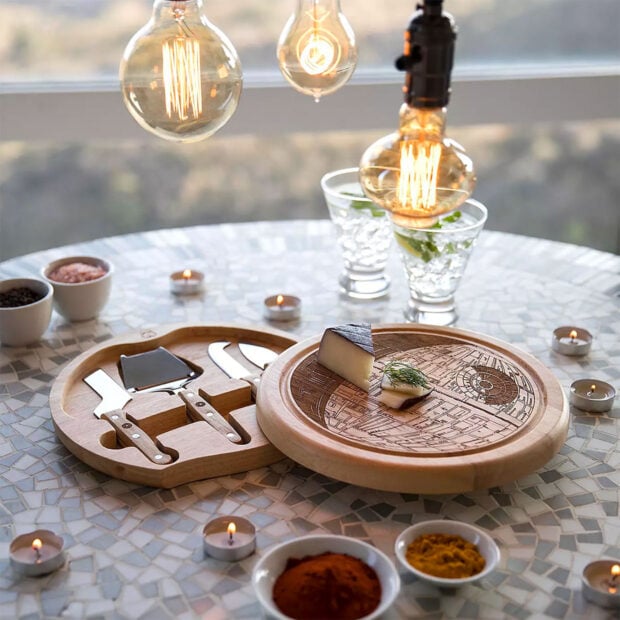 Measuring in at about 10″ across, it’s also a whole lot smaller than a real Death Star or even the original Death Star model they used to make Episode IV. On the other hand, it’s just the right size for serving up some Stilton or Edam on your dining table or kitchen counter. Want one? Head over to ShopDisney, who has these for sale $44.95. 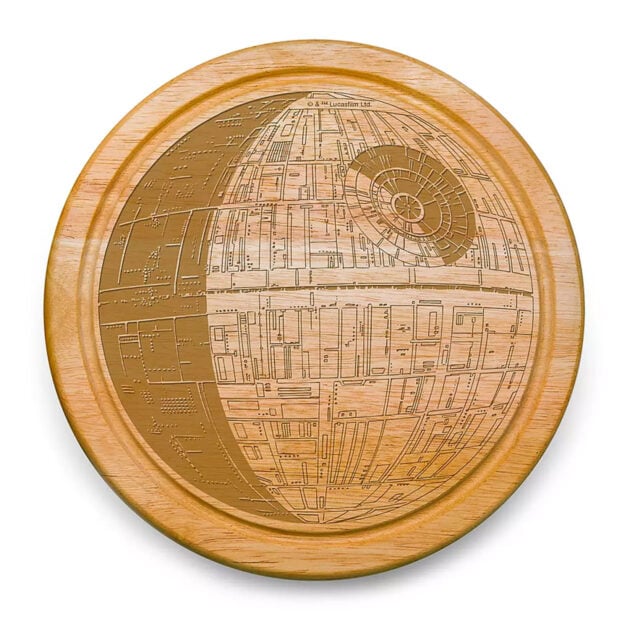