HAMR Jr. Is a Tiny Robot Insect Less Than an Inch Long

As the miniaturization of electronic and electromechanical components continues to improve, so does the ability for engineers to create tiny robots. I recently came across this miniature robot that’s roughly the width of a U.S. penny, but is capable of relatively complex movements. 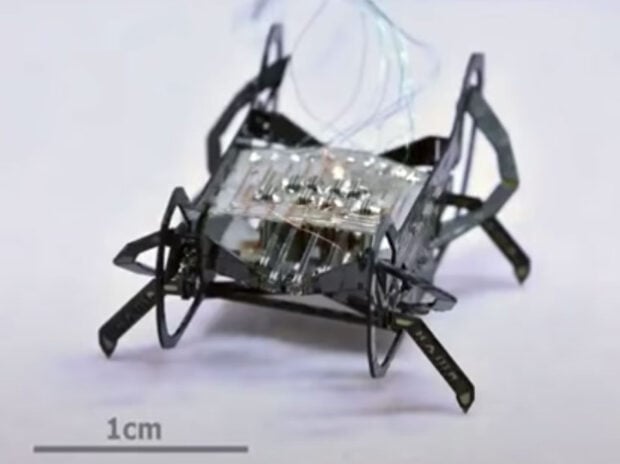 Researchers at Harvard’s John A. Paulson School of Engineering and Applied Sciences along with the Wyss Institute for Biologically-inspired Engineering developed the HAMR-Jr, a robotic little dude that can easily fit in the palm of your hand – and tickle it while it skitters about. 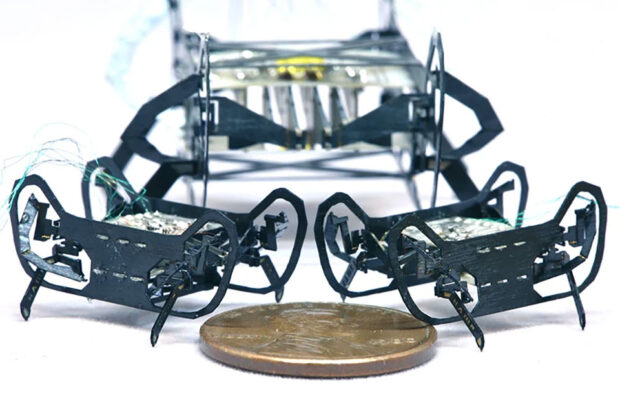 The quadrupedal microrobot measures just 2.25 cm long – or about 0.88 inches, and weighs only 320 mg. Despite its size, it has eight degrees of freedom, each of which can be actuated independently using piezoelectric components. When electricity is applied to its parts, they vibrate, and when used in the proper combination, they allow the robot to walk, run, leap, and turn. This guy is also crazy fast, capable of traversing a distance 13.9 times its body length in just a second.

Thanks to its pop-up style MEMS assembly process, the design of the HAMR platform makes it possible to build versions of the robot in a variety of sizes, without major changes to its fabrication. In fact, the team had previously built a cockroach-sized version of the robot, which you can see in the image and video above for size comparison. In theory, this technique could be used to produce robots for all kinds of uses, from medical to industrial applications