If you look back at the history of adventure video games, some of the best and most memorable were developed by Tim Schaffer and his company Double Fine Productions. Now, you can own a great collection of their games for not much money, all while supporting charity. 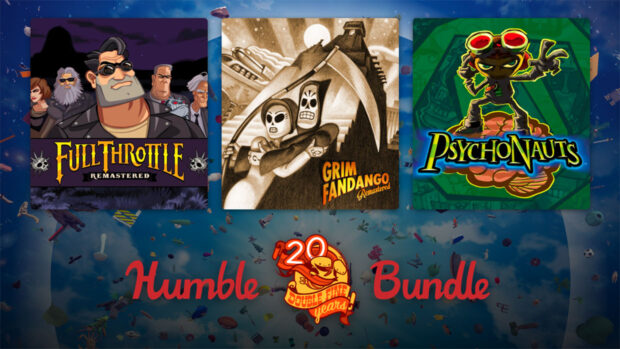 The Humble Double Fine 20th Anniversary Bundle includes games like Psychonauts, Full Throttle Remastered, Broken Age, Grim Fandango Remastered, and Day of the Tentacle Remastered, the bundle includes 23 different titles, most of which are playable on Windows, Mac, and Linux. There are also newer titles like David O’Reilly’s esoteric, but awesome Everything.

Best of all, you can pay what you want and as long as you spend at least a buck, you’ll get some games. For just $9, you’ll unlock the full bundle, which includes bonus copies of several game soundtracks for you to download.

A portion of each purchase will go to support SpecialEffect, Girls Make Games, and a charity of your choice. So what are you waiting for? Head on over to Humble now and grab this amazing bundle now, and get to downloading your games!