Of all of the characters in the Super Mario games, I think the Goombas are some of the most innocuous and easy to deal with. But in the hands of toy customizer KodyKoala, one particular Goomba is a serious badass. 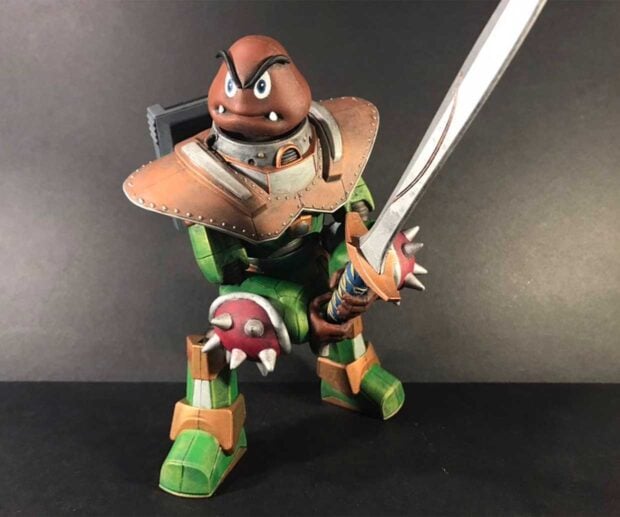 This custom-made figure features a Goomba decked out in armor and ready to do battle against any plumbers who dare to jump into the Mushroom Kingdom. He made the 6″ tall figure by cobbling together a bunch of different toys. I love the spiky turtle shells attached to his gauntlets. His green body almost looks like one of the Teenage Mutant Ninja Turtles, but the feet are wrong for that. 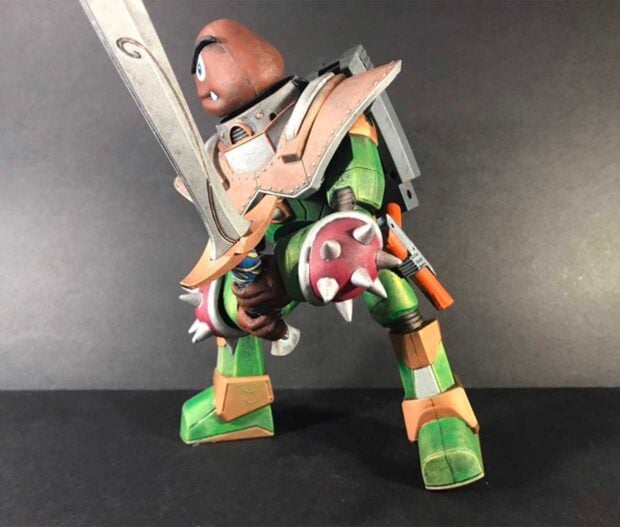 The NES cartridge backpack is also a really nice touch, painted up with “Blow me” graffiti. If you love this guy as much as I do, head over to KodyKoala’s Etsy shop where you can grab this awesome custom toy for $112. 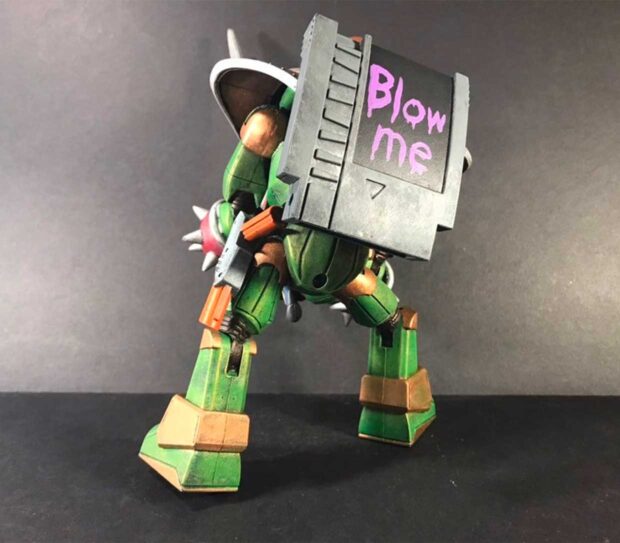