This Meat Puzzle Is Made of Literal Butcher Blocks

Thanksgiving is over, so I’ve officially had my fill of turkey for the year. Next time I have meat, I want it to be a nice hearty steak. Perhaps a rib eye or a New York strip. If you’d rather play with your meat than eat it, then maybe you’ll like this puzzle that lets you see all of the delicious parts of a cow. 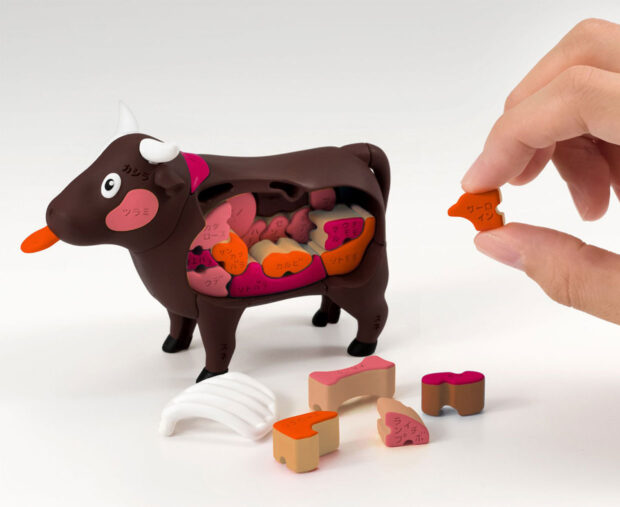 Toy company Megahouse created this 3D puzzle that looks like a bull with all of its guts on display. Simply remove its plastic ribcage, and fill its torso with various cuts of meat. Presumably, you could use this knowledge to better understand how to butcher a cow – assuming you can read Japanese because that’s how all of the parts are labeled. 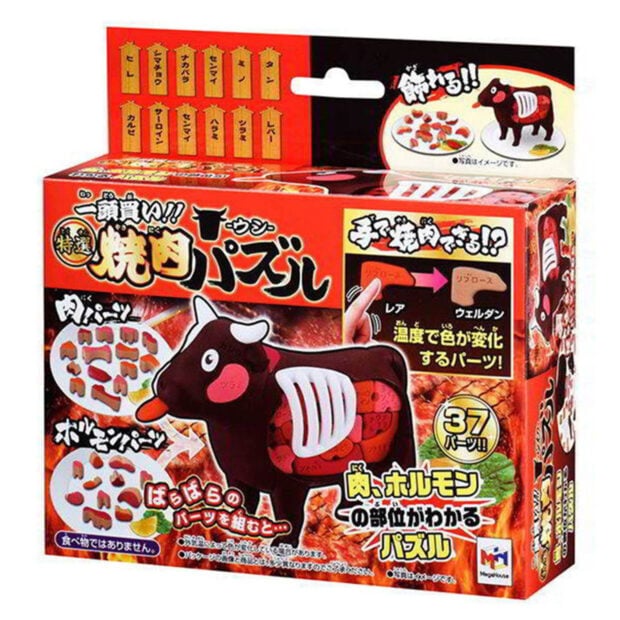 Now why the cow is sticking his tongue out is anyone’s guess. Maybe he’s taunting us because he’s made out of PVC, and you’d choke to death if you tried to eat any of him. Or maybe he’s just catching flies. Who knows?