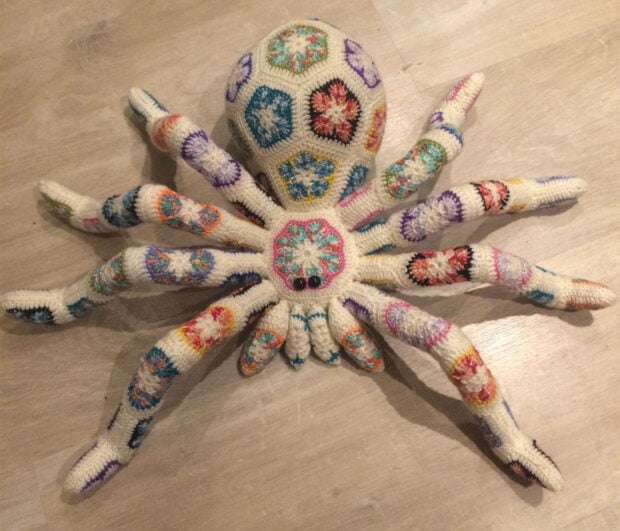 Most spiders are actually good for the environment, wiping out a wide variety of pests, including many that carry diseases. Still they’re pretty creepy looking, and the bigger they are, the scarier these eight-legged insects can be. But if you absolutely love spiders, then maybe you should get a gigantic one that you can toss around the couch amongst your throw pillows. 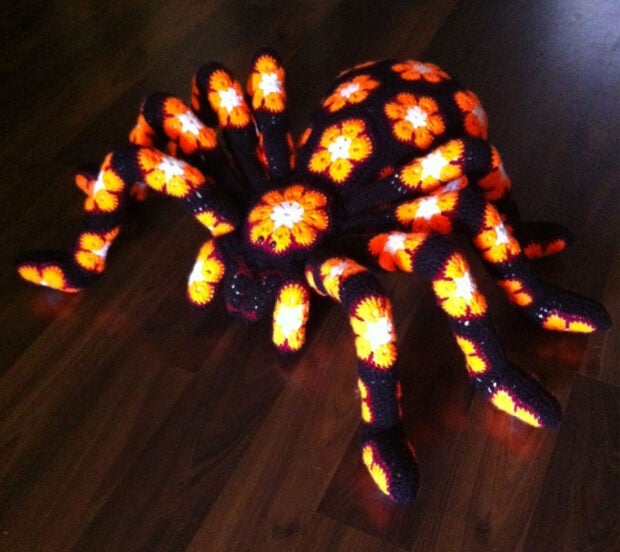 If you’re looking for something fun to do with your spare time, get out the yarn and knitting needles, and knit yourself a giant spider! MyTwinsCrochetNL sells a crochet pattern that makes a massive 20″ diameter spider that’s sure to get a rise out of anyone you toss it onto.

Since this is a DIY spider, you can make it in any color you want. So if you like the idea of a fiery orange spider or a lime green spider, that’s cool. 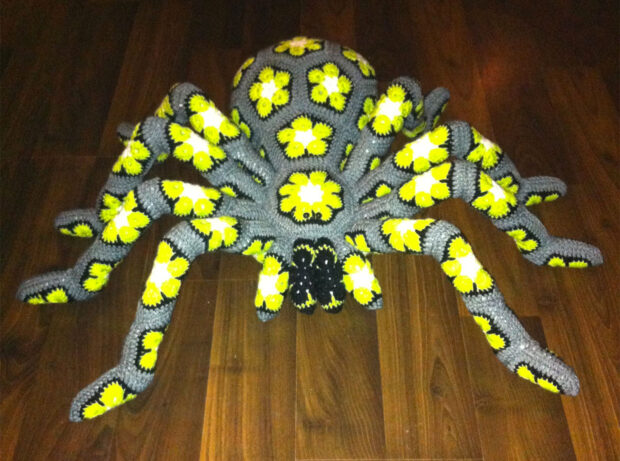 Unfortunately, if you don’t know how to crochet, you’re out of luck, because they’re only selling the pattern files. But if you have the skills to pull it off, you can get started for just about $10 for the pattern, then about 500 grams of acrylic yarn. They offer patterns in US English, UK English, German, and Dutch, because the giant bugs know no borders. 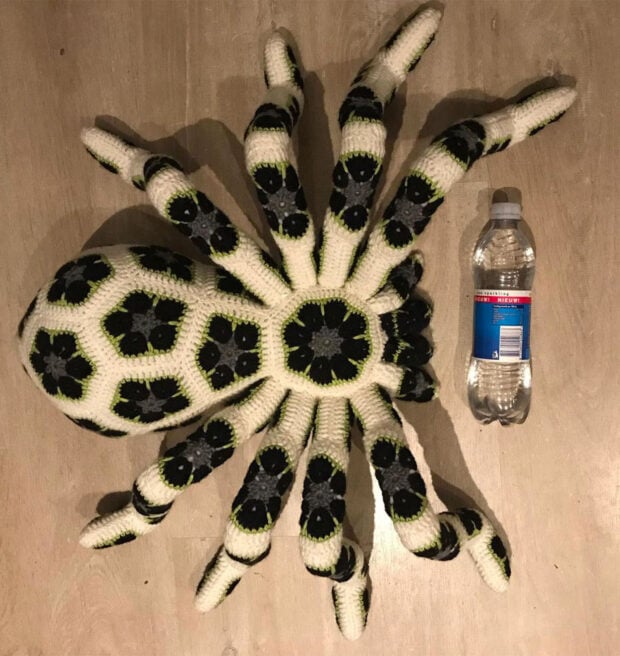