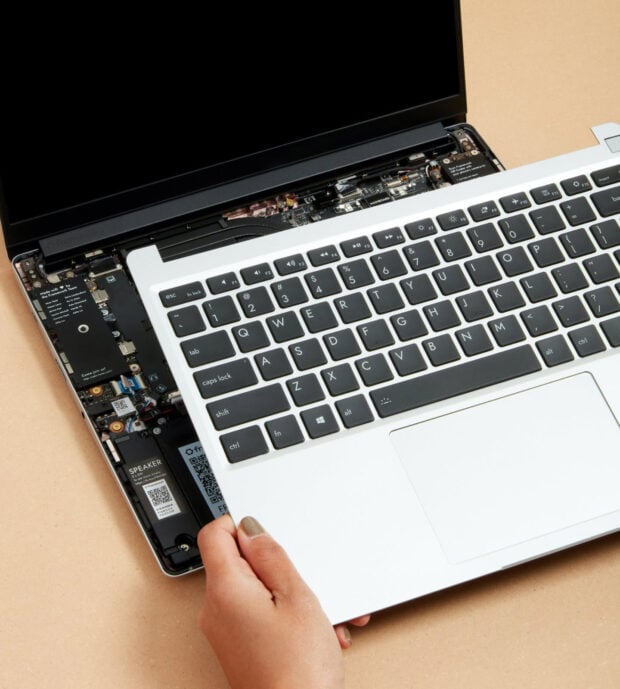 Computers and other gadgets are becoming increasingly affordable, but they’re also getting harder if not outright impossible to repair. We’re warned that our warranty will be voided if we open up our gadgets, licensed repair shops are nearly extinct, and reputable sources of components are also hard to find. That’s why it’s so refreshing to see a company like Framework. Its debut product looks and works mostly like a regular laptop, but it was designed from the ground up to be opened, customized, and repaired. 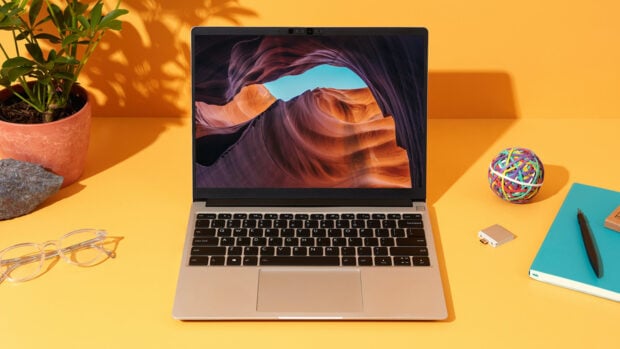 Even from the outside, you will immediately notice something unique about the Framework Laptop: its modular ports. It has four recessed USB-C ports in which you can stick a variety of modules: USB-A, USB-C, HDMI, a microSD card reader, SSDs, and even a full-sized DisplayPort output. Swapping between the modules is easy, and Framework says it will release more types of modules in the future. But to truly appreciate the beauty and power of this machine, you have to check out what its interior looks like: 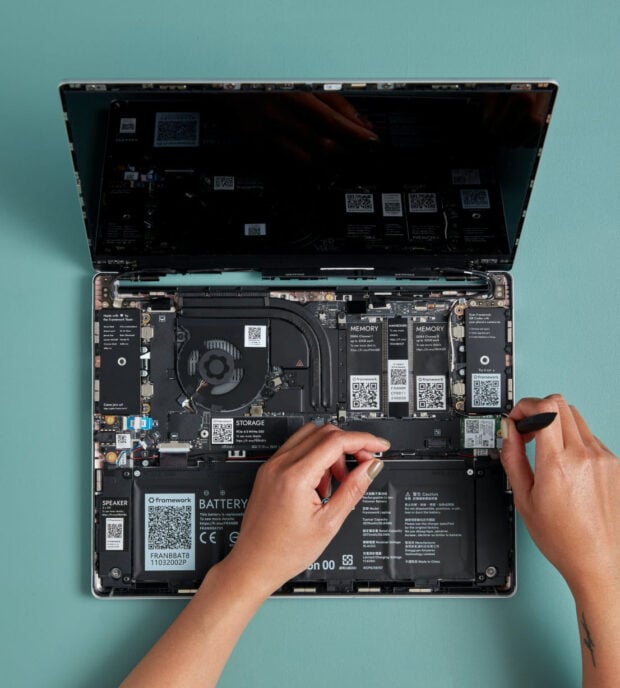 All of the laptop’s major components – from the battery to the speakers – are clearly labeled. Each one also has a link for more info and a QR code that takes you directly to Framework’s components store. Even the display bezel is easily removable. And did I mention that the bottom of the laptop is held in place by only five captive screws? Framework is so confident with their machine’s user-friendliness that they’re also selling a DIY kit that costs a crazy $250 (USD) less than the fully-assembled version. 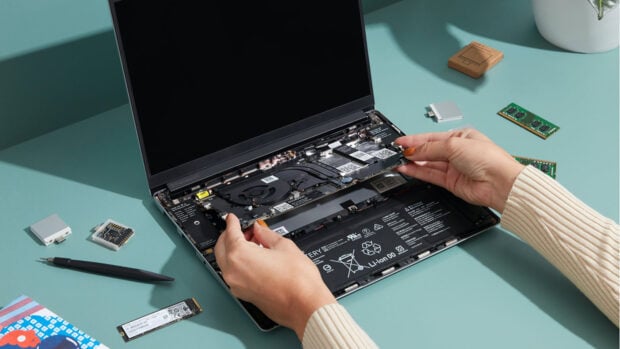 Of course, none of this matters if the laptop doesn’t perform well. Based on the impressions and reviews it’s gotten from major media outlets such as Linus Tech Tips, CNET, and of course iFixit, it seems that the Framework Laptop is up to the task. It’s powered by an 11th gen Core i5 or i7 CPU, has a 13.5″ 3:2 2256 x 1504 display, and has a backlit keyboard with a fingerprint reader.  It even has a 1080p 60fps webcam, which even most high-end laptops don’t have. Here’s iFixit’s teardown of the laptop:

Amazingly, Framework is an astonishingly small company, with only 16 team members as of this writing. I hope they’re ready to build on their work and overcome any challenges. Major PC makers obviously do not want to see a company like Framework succeed. You can pre-order the laptop directly from Framework. The fully assembled version starts at $999, while the DIY Edition starts at $749.