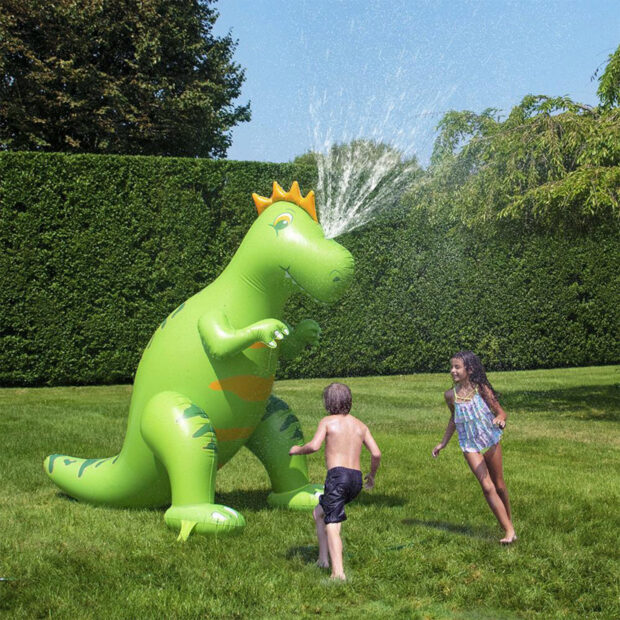 Summer is almost over, but I’m sure your kids would love to run around under a sprinkler until the snow hits the ground. I can think of no better way to keep kids saturated with a constant stream of water but with a 7-foot-tall inflatable dinosaur lawn sprinkler.

Unlike the mighty Tyrannosaurus Rex, the Sprinklesaurus won’t devour or stomp on your kids. Instead, he’ll just douse them with a torrential rain shower through the 360º sprinkler in his nose. Now, wait a second. I don’t remember dinosaurs having blowholes like whales. Maybe a qualified paleontologist out there can set me straight. Or maybe there was a T. Rex-whale hybrid that I missed out on while sleeping through class when I was a kid. Whatever the case, the Sprinklesaurus is real, and your kids want one now that they’re looking over your shoulder looking at your screen.

The Sprinklesaurus is available from Hammacher Schlemmer for $89.95. Just be sure to put him away in the wintertime, so it doesn’t freeze to death in another Ice Age. 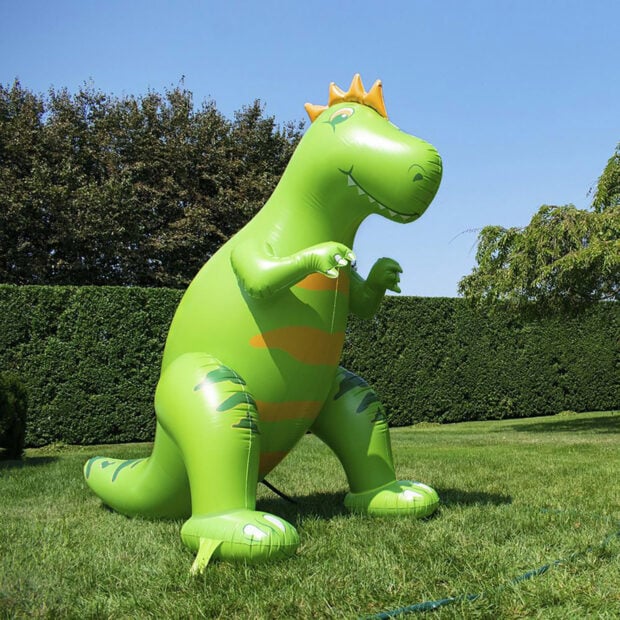