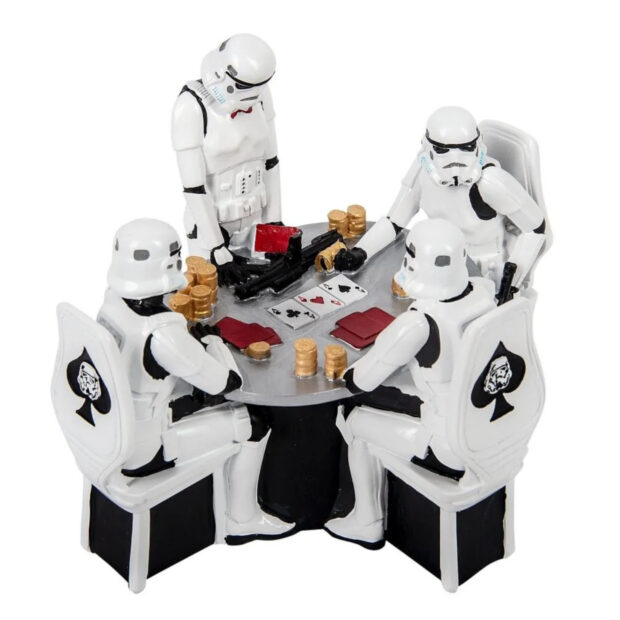 Because when it rains, it pours stormtroopers, hot on the white-booted heels of yesterday’s stormtrooper bookends, comes this figurine of four stormtroopers playing poker. So, if you were ever wondering what stormtroopers do in their time off from missing targets and holding books up, apparently it’s play cards. And from the look of things, one player has his blaster at his side ready to ‘Han shot first’ the rest of the gamblers in the event he loses. High stakes! 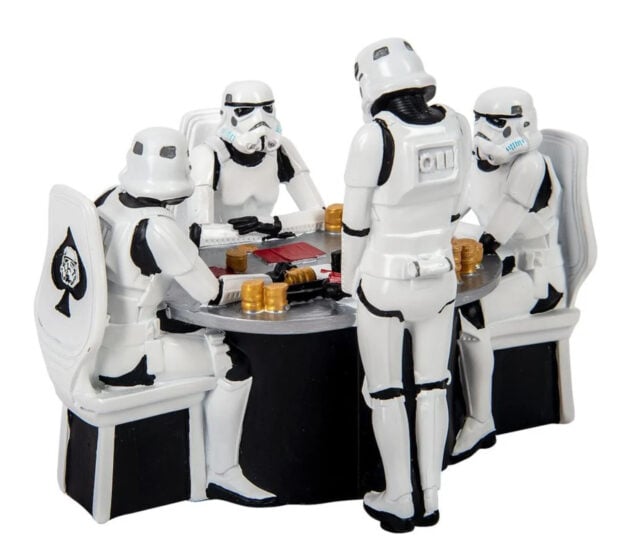 Created by Nemesis Now and available through Merchoid, the figure is cast from poly-resin and hand-painted. It measures approximately 7.2″ tall and is sure to be a conversation piece at your next get-together. Presumably, a conversation that goes something like, “Wow, there really is a market for Star Wars everything, isn’t there?” 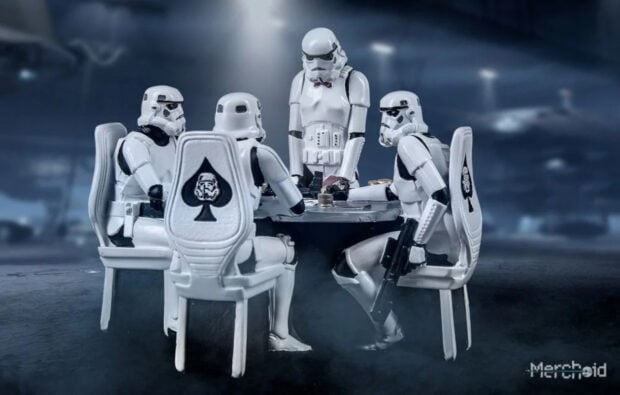 Will stormtroopers playing poker be the new dogs playing poker? I doubt it. But did that stop me from buying a truckload of these figurines hoping to resell them on eBay for a profit? No, sadly, my credit card being declined did. Apparently, you’re supposed to pay them back monthly.