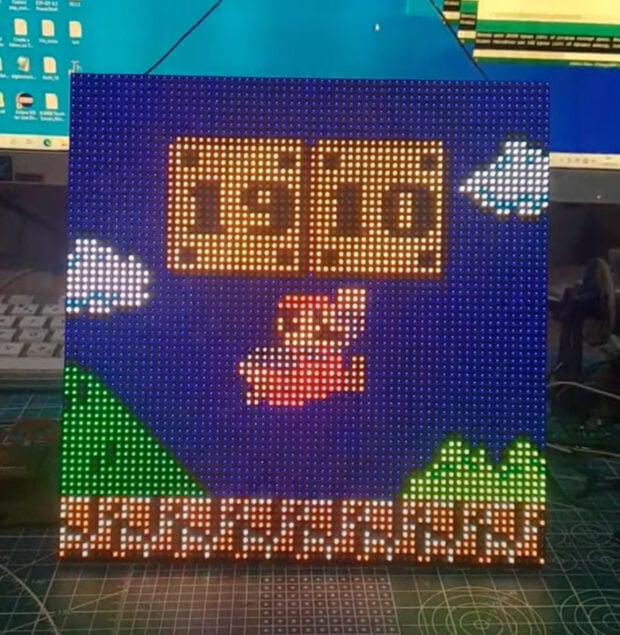 Crafted by software engineer and Instructables user jnthas, this Super Mario Bros. animated LED clock features Mario jumping up to hit a question block to change the displayed time. How clever is that? Very clever – the answer is very clever. Far more clever than any clock I could ever come up with. Stupid raindial, what was I thinking?! 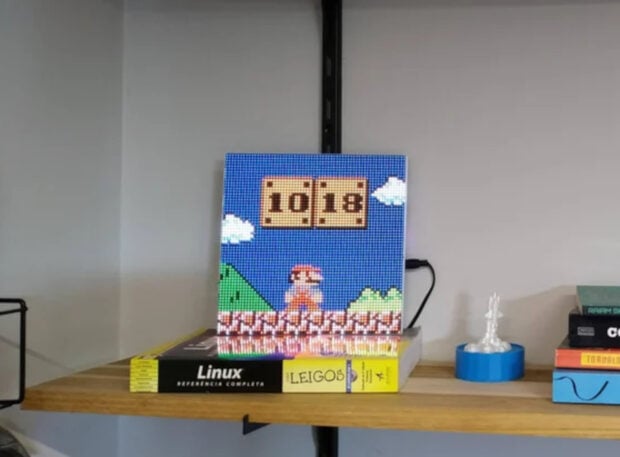 The clock consists of an ESP32 Dev Board, 64×64 RGB LED Matrix, some firmware, and a 5V power supply, all of which were purchased off AliExpress. You just slap all the parts together, and presto… nothing’s happening. Maybe you don’t just slap them all together as I had anticipated. There might be more steps.

If you want to build your own, you can follow jnthas’s Instructable, which is apparently well written and descriptive enough that multiple people have already replicated the project. Me not being one of them, just so we’re clear. Can somebody make one for me?