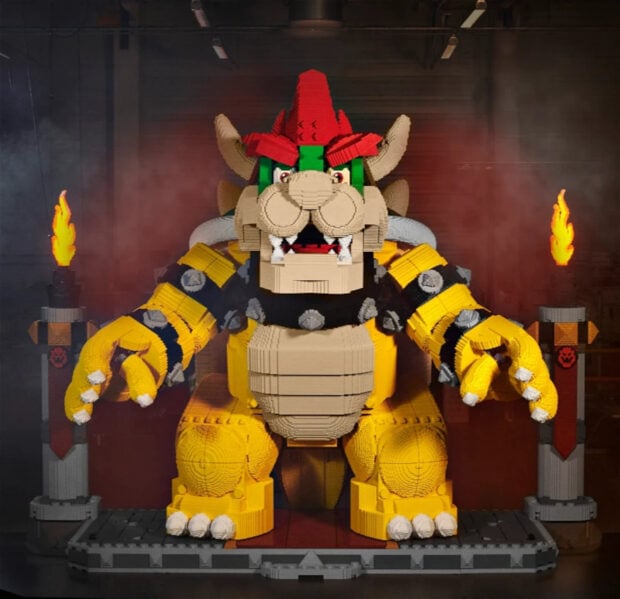 To promote the upcoming release of its Mighty Bowser build set, LEGO went and constructed a massive 14-foot animatronic 1:1 scale replica of the reptilian villain, made up of over 663,900 pieces. Wow, now that’s a lot of pieces! They should make this a buyable set. 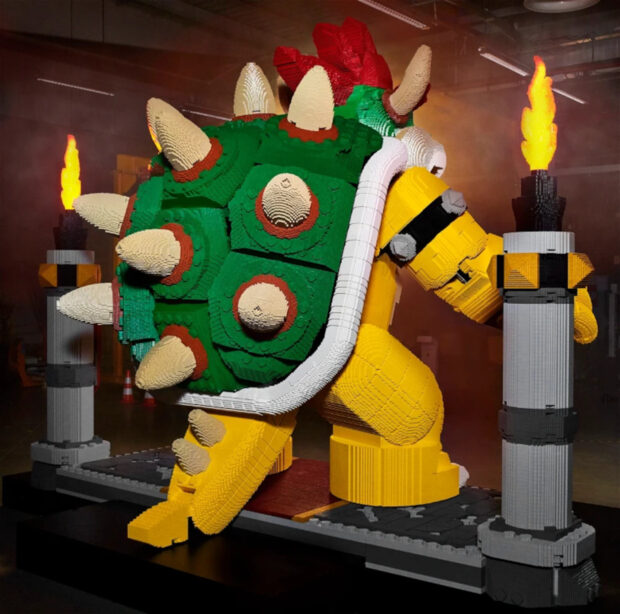 While 663,900 LEGO bricks are certainly nothing to shake a stick at, that’s still probably only half the number strewn across my living room floor that I have to tip-toe through in the middle of the night like a minefield on my way to the fridge for a midnight snack. Or, if I’m being completely honest, a midnight meal.

The King Bowser statue will be on display all this week at the 2022 San Diego Comic-Con, which I’ve unfortunately been unable to attend ever since my 2016 ban. You’d think I’d just be able to go in costume, and they wouldn’t be the wiser, but they must have microchipped me or something because security always manages to meet me at the door.