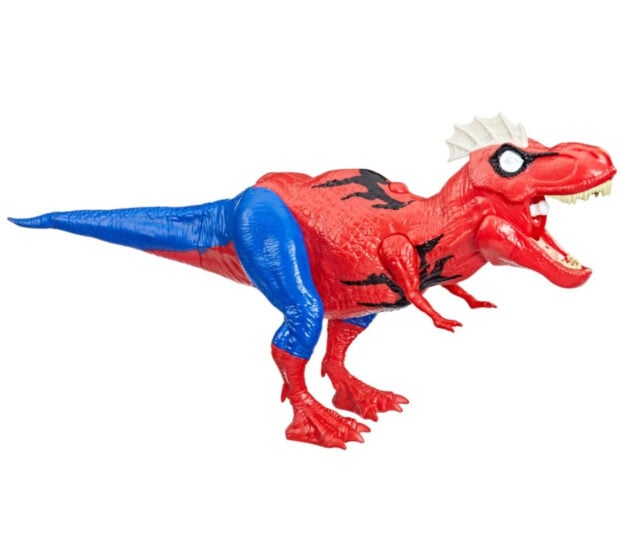 Pulled from the pages of the Edge of Spider-Verse #1 comic, Spider-Rex (aka Pter Ptarker) is a Spider-Man/t-rex hybrid learning about his powers. And now, the character has been immortalized as a 16-inch action figure released by Marvel and Hasbro and available at Entertainment Earth. Move over, grandma’s ashes; there’s about to be a new star on the fireplace mantle! 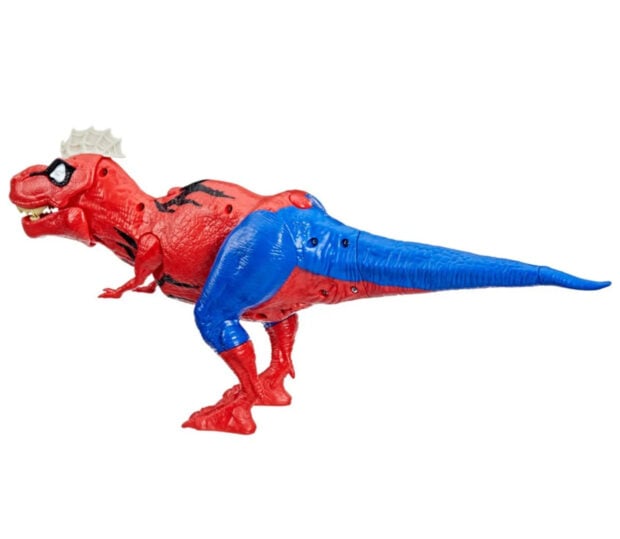 Web-Chompin’ Spider-Rex features poseable limbs and a classic blue and red Spidey motif. He also has ten sound effects activated by a push of a button on his back and can launch a ‘dino blast’ projectile from his mouth via a push of the button at the base of his tail. Will ashes accidentally be scattered all over the living room carpet as a result of an unfortunate dino blast? I’d like to think not, but the possibility is real and high. 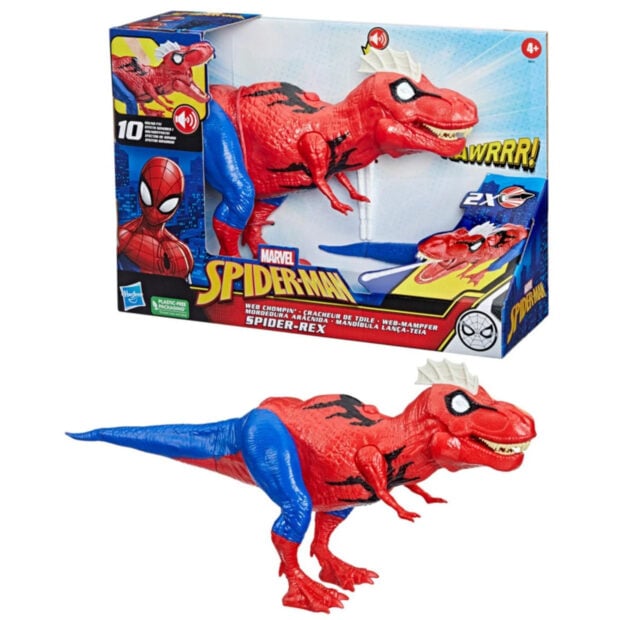 I’ve got my fingers crossed for even more dinosaur superhero hybrids because this is a trend I could really get behind. Probably me and every other six-year-old! Still, Spider-Rex should be thankful he can shoot webs because those little Spidey arms would be useless otherwise. 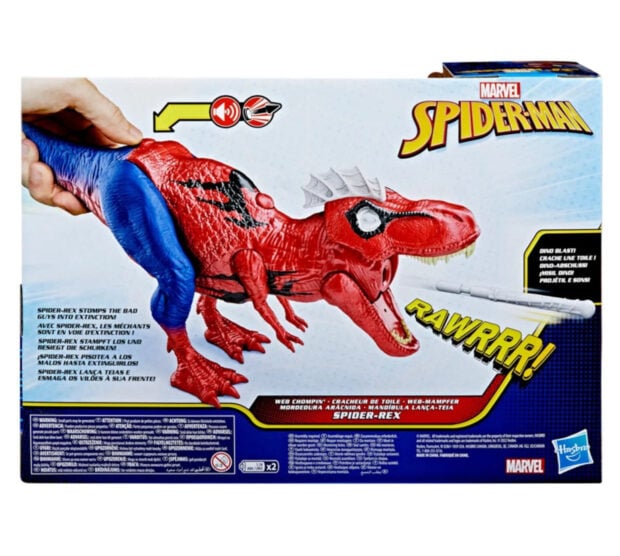 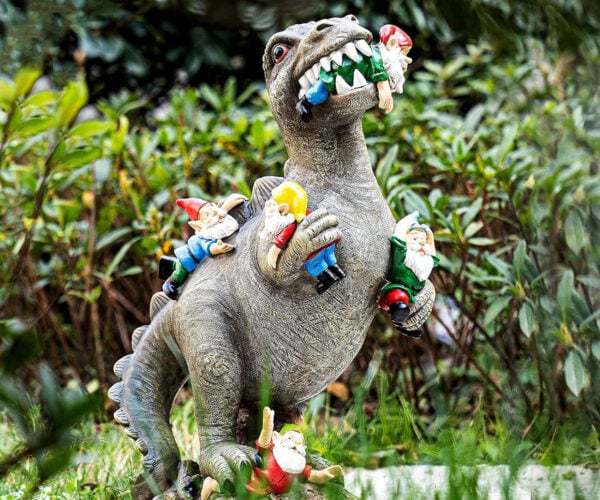