Want to Run iOS Apps on Your PlayBook? There’s a Hack for That 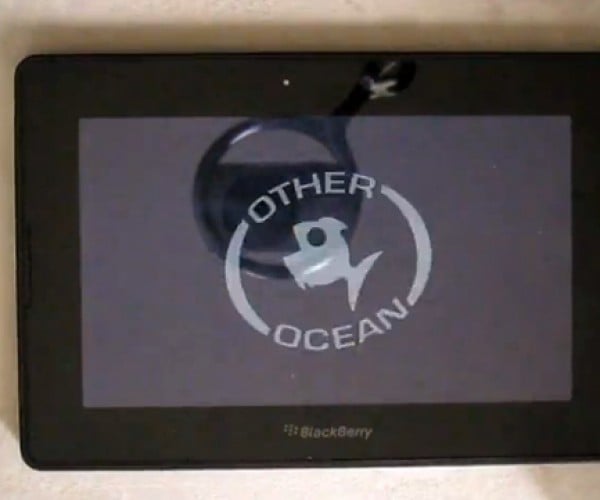 There are emulators for video game consoles and virtual machines for operating systems. Now someone has come up with an “app player” that makes it possible to run iOS programs into other hardware, particularly Windows and – drum roll please –  the BlackBerry PlayBook.
Share
Check It Out 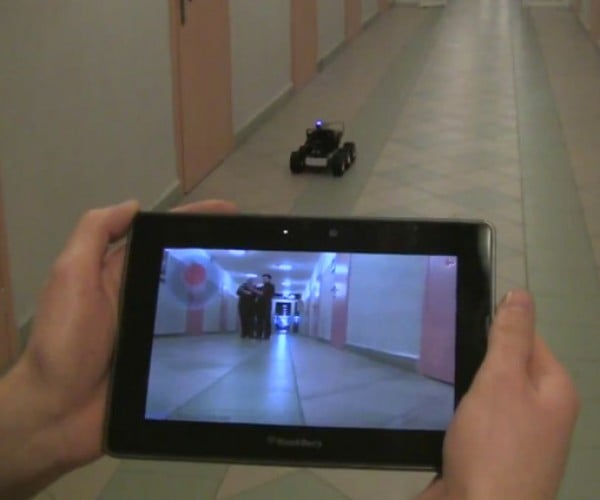 Some video footage has surfaced of a BlackBerry PlayBook tablet being used as a remote control for a robotic car – complete with some soothing soul music. We don’t know much about this project, but we do know that the PlayBook controls the car over the Wi-fi network provided by a BlackBerry Bold 9900 – and the app was written by a guy named Kamila Sternal.
Share
Check It Out

GoPad Tablet Cradle Lets You Wear Your iPad Around Your Neck 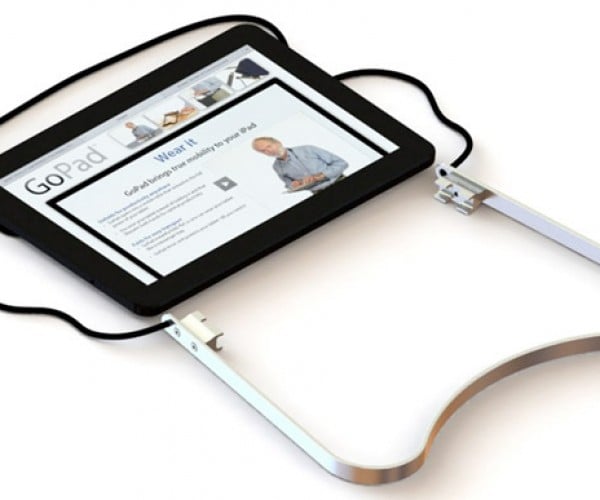 Wearing your tablet around your neck might seem a bit silly, but I can see it being useful in a few different situations. Perhaps if you work in the field, a warehouse or in a hospital, it would be handy to have your tablet right there in front of you.
Share
Check It Out 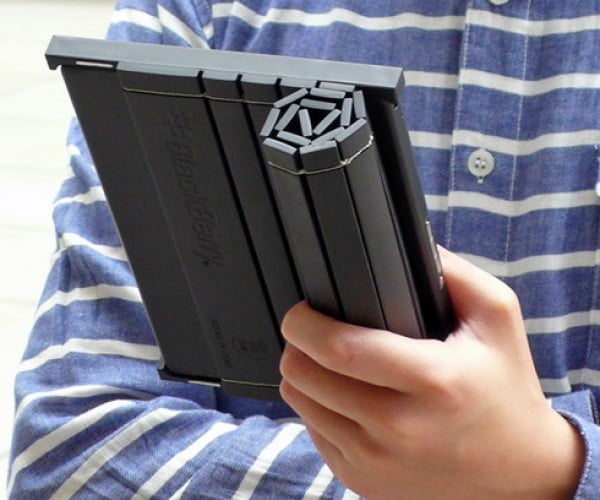 This new case from Hong Kong’s Goods of Desire is called the Literati and it’s made to work with the Blackberry Playbook. On top of having a sweet name, G.O.D. makes some interesting accessories. The case is a play on Apple’s Smart Cover, though it works a little differently.
Share
Check It Out

Blackberry Playbook Not Selling Even with Price Cuts 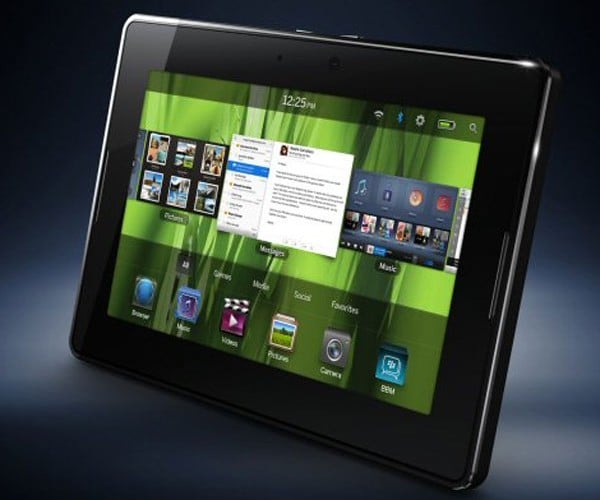 This story certainly proves that you can polish a turd, but that doesn’t mean you can sell it. The Blackberry Playbook has been a big bag of fail in the tablet world only bested by the quick failure of the HP TouchPad.
Share
Check It Out

Hulu Blocks Playbook Tablet: One Less Reason to Own One 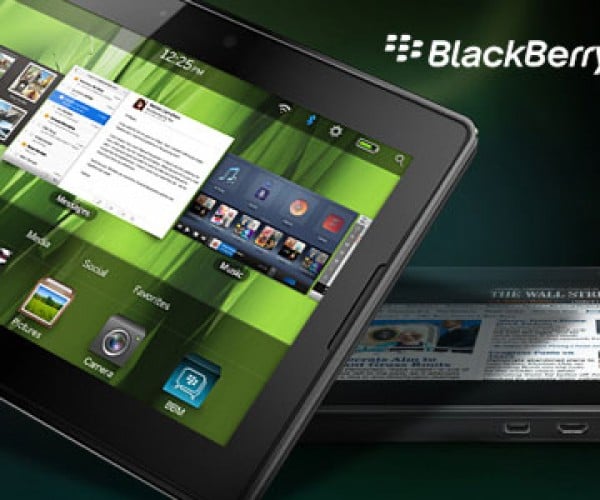 The RIM Blackberry Playbook tablet launched recently to lackluster reviews. Many of the reviews online thought that the tablet left a lot to be desired and had issues with the firmware on the machine too. One of the bright spots though was that early on Playbook users could access Hulu to watch video content.
Share
Check It Out