The guys over at nexgen wars are compiling up-to-date statistics on console sales to date for the Xbox 360, Playstation 3 and Wii… 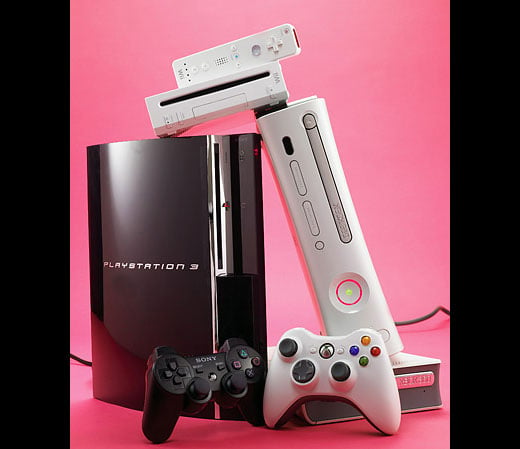 At this time I wrote this article, the Xbox 360 was clearly in the lead with 7.7 Million+ consoles sold, compared to 687k+ Nintendo Wii consoles, and just 340k+ Sony Playstation 3 consoles sold to date. [UPDATE, as of 12/1, the Wii has really pulled ahead of the PS3 with over 1.1MM consoles shipped to date]

The images above should show the updated worldwide sales estimates for the big three “next gen” consoles. (IMHO, now that they’re all on the market, we should probably start calling them “current gen.”) The site claims to be regularly monitoring dozens of sources for recent sales figures. I don’t know how accurate their estimation process is, but I think the general proportions seem to be in line with what one would expect at this point.