If you ask die-hard gaming enthusiasts what portable console they think is best, you might think they’d all say the Nintendo DS or Sony PSP. But there’s a little portable that has a huge underground following because of its ability to run homebrew games and emulators. Known best for its ability to play classic video games, the Linux-based GamePark GP2X is getting a fresh coat of paint this fall. 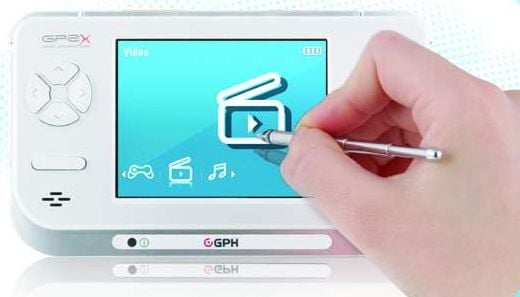 While there’s not a whole lot new going on here, the GP2X F-200 Game System updates the portable by adding a touch-sensitive screen and a totally overhauled game controller. The console will come pre-loaded with a handful of homebrew games, but can easily be loaded up with emulators like MAME and GNGeo among others. One (hopefully) major improvement over older models is an upgrade of the crummy joystick to a 8-way digital D-Pad. They also updated the user interface and you can now multi-task, so you can play music while using other applications like the e-book reader. But who are we kidding, GP2X has always been about playing games.

Expect the new GP2X model to be released this October. Pricing hasn’t been announced yet, but it’s likely to be around $200 or less. Play-Asia will be carrying the consoles once they’re available.