I was surfing around in search of this desktop R2-D2 mini USB can fridge that I recently read about, when I happened upon something much, much cooler than that cooler. 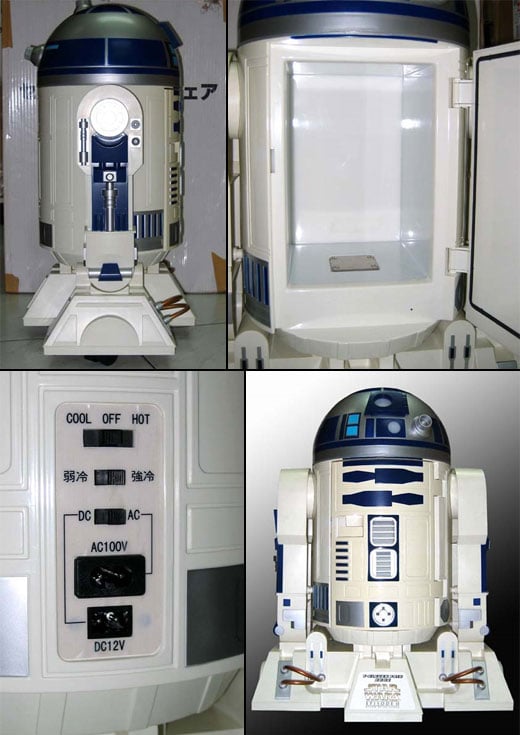 Turns out that this awesome R2-D2 compact refrigerator was apparently made back in 2002 as a promotional prize for an Attack of the Clones contest held at 7-11 Stores in Japan. Word has it that just 1000 of these rare refrigerators were ever made, and now this one can be yours (assuming you’ve got the dough). Even rarer than the elusive Google mini fridge, this is definitely a serious über-geek collectible. 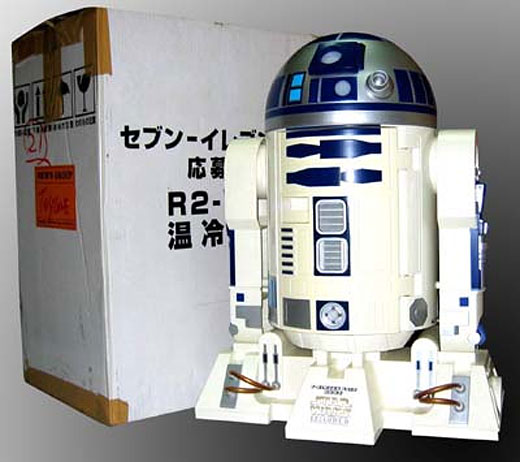 The guys over at ToyEast managed to get their hands on one of these rarities, and it’s in pristine condition. Priced at $1070 USD, it’s not exactly cheap, but if you’re a serious Star Wars fan, you might not be able to pass this up. Help me Obi-Wan Kenobi, I could overdraw my my checking account for this one.