If you’ve been on the lookout for a colorful ‘bot to guard your desk, check out this cool handmade Slobot sculpture. 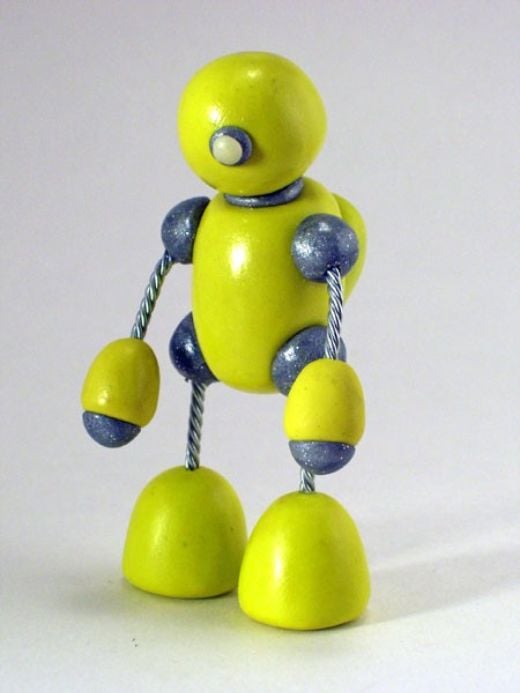 All of the Slobots made by crafter Slobot are handmade and one-of-a-kind, with no molds used. This particular Slobot is made of polymer clay with aluminum arms, and his eye glows in the dark. He’s just under 3 inches tall. 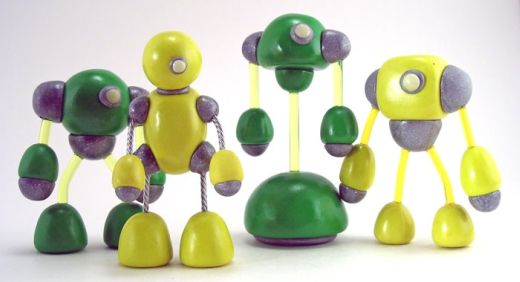 If you’re thinking this is a toy, think again. Slobot admonishes you that this guy is not suitable for kids or pets and you’re not even allowed to play with him. Hmm. That makes him seem a little less fun, but still cool. 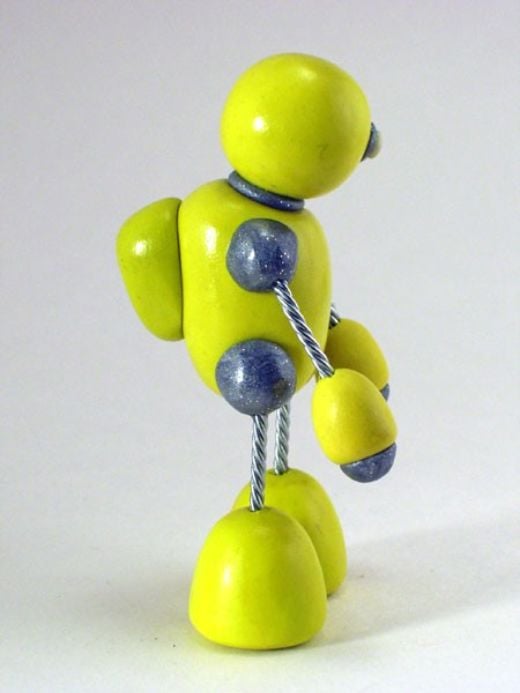 This mini masterpiece will only set you back $25. You can also email for a custom ‘bot. Get it from Etsy.