Wii Breakfast Just Might be an Awesome Game. Not.

With games like Cooking Mama and peripherals like the Wii Fit, Nintendo is raking in bajillions of money by making video games out of everyday tasks. This though, would definitely fall under the “you are flippin’ overdoing it” category. Comedybox Sketch proudly presents: Wii Breakfast. 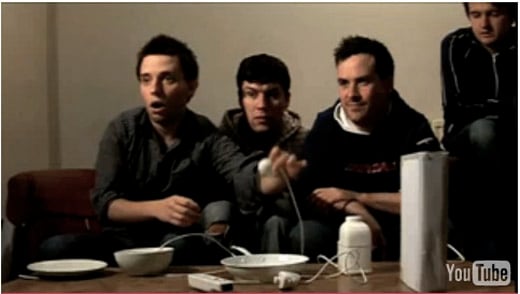 Yup, that there’s an egg controller. It’s like Rock Band for housewives.

If Wii Breakfast was real it would probably cost a PS3 and a half, what with all those controllers. But you know what? I have this sneaky feeling that it’s going to be a hit. The end is near, I tell you.