I Like Girls Jumping on Trampolines: Future Sony Bravia Tvs Could Suggest Shows

Sounds like a mere glimpse of the future, but if today’s iPods can make playlists on the fly, then there’s no reason why TVs can’t suggest shows for viewers. Pocket-lint reports that Sony will incorporate a “service” – currently called Neon – on forthcoming Bravia TVs that will be able to recommend shows based on a certain number of inputs from a user. One of the main inputs is “a series of questions” that the TV will ask you. The first batch of Neon-equipped Bravias may be released within the year.

My ever-reliable imaginary sources shared with me a few sample scenarios that you and Neon may have: “Want to have washboard abs for just 5 seconds a day? It can’t be done, I’m sorry!”, “I see that you like Homer Simpson. May I recommend Odyssey on the Hallmark Channel?” and “No, don’t connect that Xbox 360. I resent that. Plug the Foreman Grill back in.” 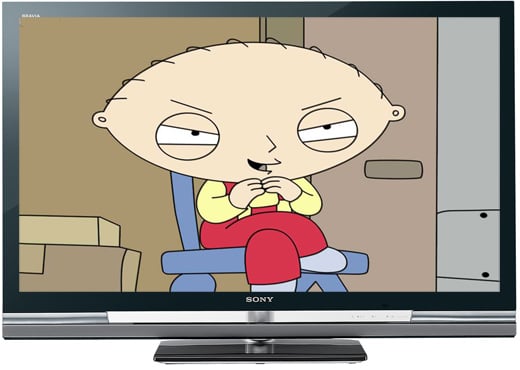 Seriously though, Sony also says that the service can adapt its suggestions if  alerted that a child has joined the viewer. Neon may also be able to get content from a plugged-in PS3. Sony is also looking to get viewers to share recommendations with friends, although they don’t say how exactly that would happen. If anything, all of this points to two things: Sony is looking to integrate the PS3 and the Internet into their high-end TVs.

As for Neon itself, I honestly don’t see this service as being awfully helpful. It’ll come in handy when you’re bored, sure, but I think it’s actually risky when it comes to servicing kids. If children figure out that the service depends on input from them then they can actually discover more adult-oriented shows via your TV. Eeeeeexcellent. I mean bad. Bad & wrong. Bad-ong.