Senz Umbrellas Withstand Ridiculous Conditions That Will Never Happen to You. Ever.

The award-winning SENZ storm umbrella may look unusual, but apparently it’s how umbrellas should look. The umbrella’s angular design makes for a durable and weatherproof design that can withstand winds up to 70 mph (1oo kph). 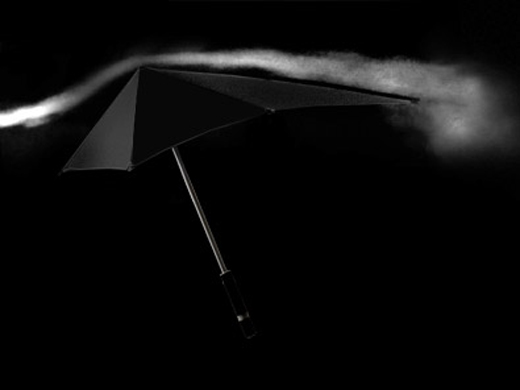 I’ve experienced having my umbrella turned inside out so many times and I thought that short of being carried away by the wind, the turning-inside-out phenomenon was the thing that umbrella makers should be working on. I was wrong. Apparently they should also think about the needs of people who like to skydive with their umbrellas.

Seriously though, this is one tough umbrella. Unfortunately, a lot of people who really do experience strong winds and rains – like us Filipinos – won’t be able to afford the SENZ. The collapsible mini version sells for €40 (Appx. $55 USD), the regular-sized version sells for €50 ($69 USD) while the XL SENZ is €60 ($83 USD). SENZless prices if you ask me.

You can order a SENZ umbrella at the SENZ webshop. You rich bastard. Kidding. Buy me one please?