Yes, whereas Neil Armstrong had to walk on the moon to get to say his famous quote, this robot only had to open doors and plug power cords and voila – Robot Armstrong. How unfair is that. Seriously though, robotics company Willow Garage are on to something here. No matter how fast they can think or how many things they can process at once, robots will be infinitely more useful if they’re independent. That includes being able to overcome obstacles – such as the nigh-immovable hindrance we call “The Door” – and more importantly, be able to feed itself, which obviously translates into recharging. 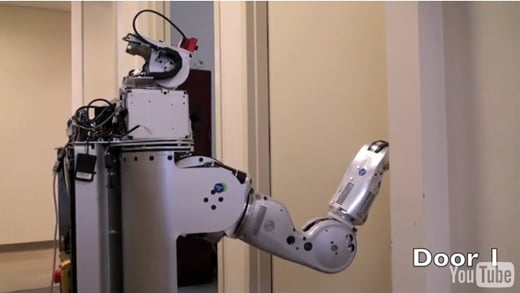 June 1st marked a milestone for robotkind, when Willow Garage alpha robot PR2 successfully made his way through 8 – not 1, not 2, but 8! – doors, and some pesky humans, and then plug its power cord into 9 outlets. How long do you think would it take you to go through 8 doors and plug a cord into 9 nine outlets? 5 minutes? 15? 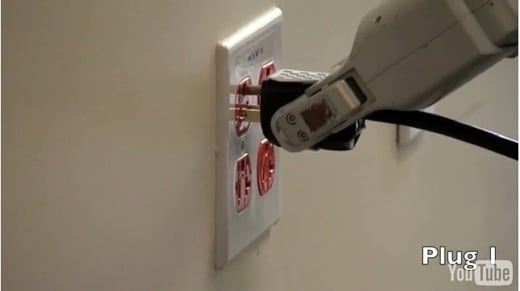 Well PR2 took all of 58 minutes. Not an hour. Those are two different values.  I guess we could say that PR2 savors every minute of its life. If it’s even alive. Okay enough with the lame jokes, here’s PR2 in (super fast forwarded) action. He’s a good ‘bot.

Listen to them applaud. If I went through our office opening doors and plugging cords into outlets I’d be laughed at. Maybe even punched in the face. But hurray for robots! Store this timestamp in your drives, and remember: we applauded your door-opening, cord-plugging antics, like parents at Little League games we cheered for your mediocre shit. So when you’re all grown up don’t kill us all or enslave us okay?