This wouldn’t be the first time that casemodding king Ben Heck has cranked out an Xbox 360 laptop. As a matter of fact, this is the fifth revision of Heck’s portable 360 modding shenanigans. But the fact that he manages to cram such a beefy system into a portable case never gets old for me. 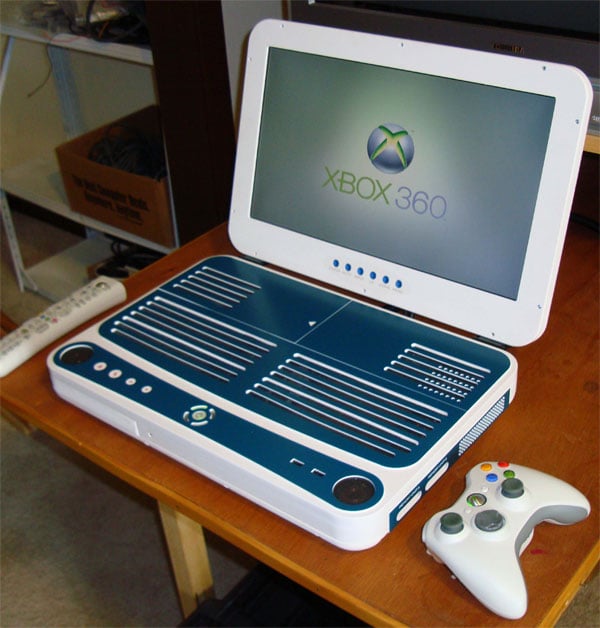 The Xbox 360 Portable – Revision 5 gives the luggable gaming system a svelte new shell, complete with a 17-inch widescreen LCD monitor, running at 720p resolution. This latest version improves upon Ben’s previous 360 laptops by adding better ventilation, and adds an Ethernet port for wired network access. The previous models only had Wi-Fi, but for the ultimate in network speed, nothing beats a hardwired connection, IMHO. 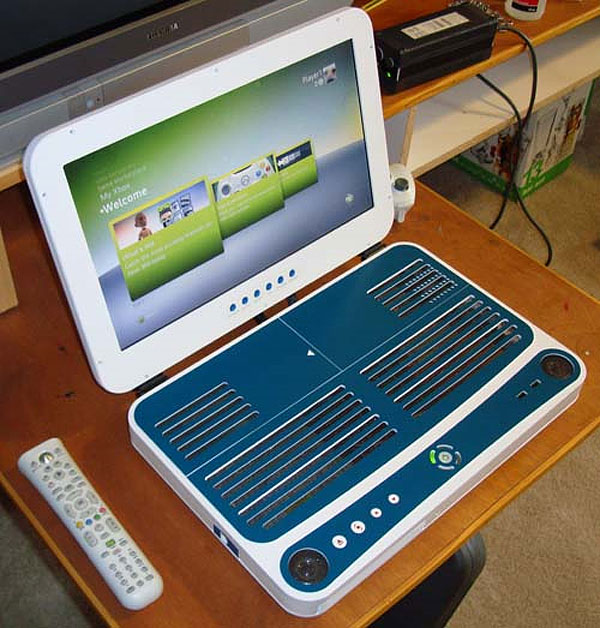 The design of the latest revision includes a flush-mounted DVD drawer, and manages to keep the familiar Xbox 360 light ring intact, mounted into the surface of the console, alongside the console’s control buttons and flanked by a pair of tiny stereo speakers. Here’s a pic of the laptop spilling its guts so you can see how it was built. 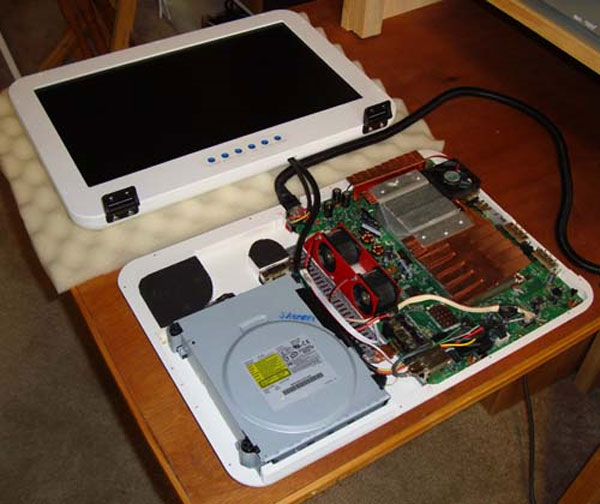 But you want to see the Xbox 360 portable in action, don’t you? Ask and ye shall receive. Ben has been kind enough to post a video clip of his handiwork in action here: