Designer Vadim Kibardin has found a way to make the ever-useful clock be more versatile aesthetics-wise with his black & white clock concept. It consists of just four OLED digits – no case or box or other parts that might clash with the style in your house. Kibardin’s awesome idea is made even awesomer by the addition of a light sensor, which enables the digits function in an inverted manner, to display the time in white if the surrounding is dark, and in black if it’s bright. 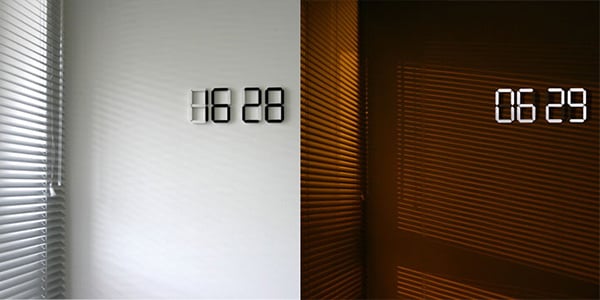 Each digit is powered by a lithium-ion accumulator. The controls for the clock are touch-sensitive (although I don’t know where exactly they’re located). 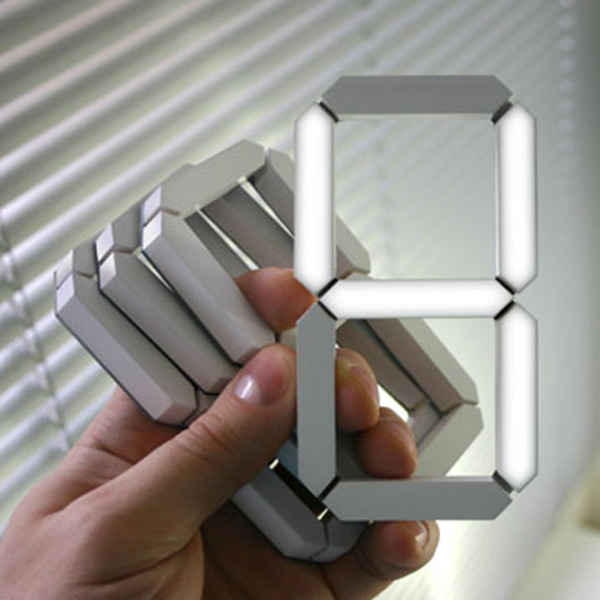 Kibardin is currently looking for a manufacturer that will help make his brilliant idea make the leap from dream to $$$$ reality. More details can be found on Kibardin’s site.