While many of you might like the industrial design of the keyboards that Apple has been churning out for the last several years, I still long for keys that FEEL like keys. Thankfully, the guys over at Matias have the same sentiment and are getting ready to release a new Mac keyboard with REAL keys, not those wimpy “chiclet” buttons. 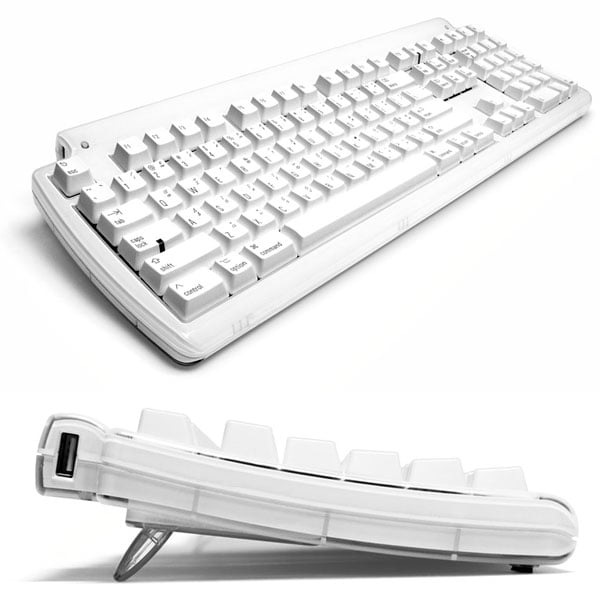 These new Tactile Pro 3 keyboards are built from the same technology used in the original Apple Extended and Extended II keyboards, complete with lovely, long-throw, clicky ALPS mechanical switches. While the key switches may be decidedly old school, the design of the Tactile Pro 3 has been updated to be more ergonomically friendly than retro Apple keyboards. It’s got a sleek, curvy form factor, and is built for durability. The keys are each laser etched, and the case is designed to keep crumbs and dirt from getting in-between the keys. And Matias has included a special technology that prevents missed key-presses if you’re a smokin’ fast typist. There’s also a built-in 3 port USB 2.0 hub, and it’s even compatible with PCs if you don’t have a Mac lying around.

While $149.95 (USD) might sound like a lot for a keyboard, it seems like a worthwhile investment if you spend all day sitting at your keyboard like I do, and want to type at the highest speed and accuracy. Want one? The Tactile Pro 3 starts shipping in January 2010, and Matias is accepting pre-orders here.

[thanks for the tip, Kenny P!]