The Desk Casemod: a Desktoptobottom Computer

While integrating a computer into a desk isn’t exactly an original idea, Will Urbina’s “The Desk” casemod is (literally) flashy and makes no effort whatsoever to hide the fact that the desk itself is the computer. It’s all Plexiglas and steel and blue LEDs. 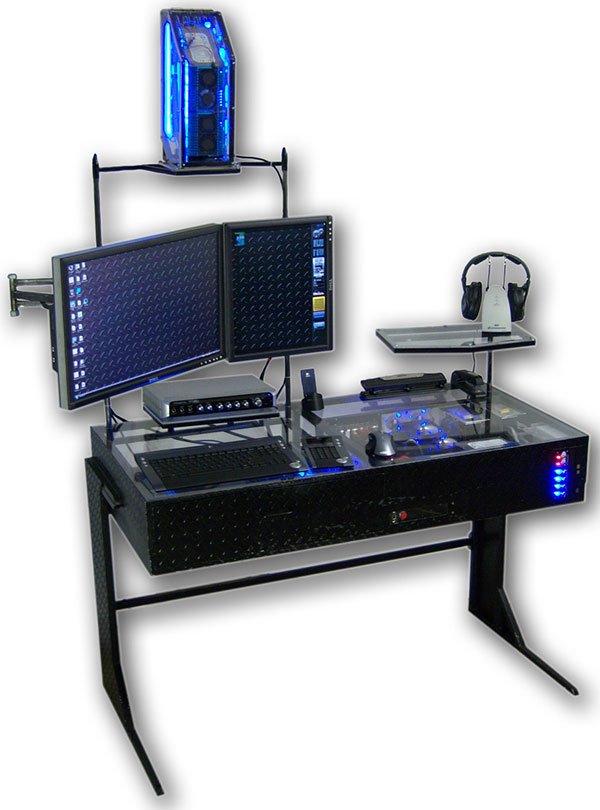 It’s hard to believe that this is Urbina’s first casemod, and I also find it hard to believe Urbina when he says that “The Desk’s function is to just get things done”, because if I had to work using The Desk I would be extremely distracted by the lights and the innards. 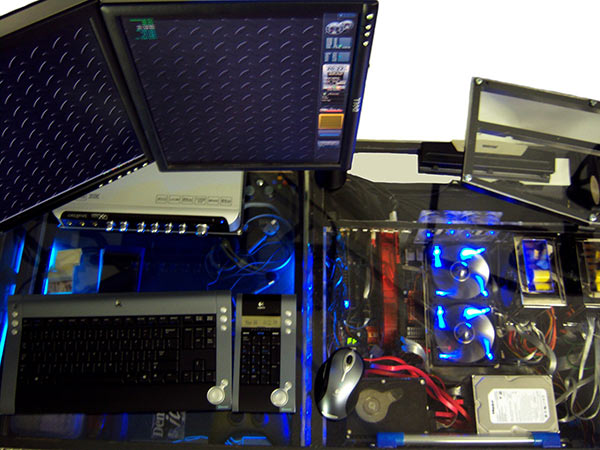 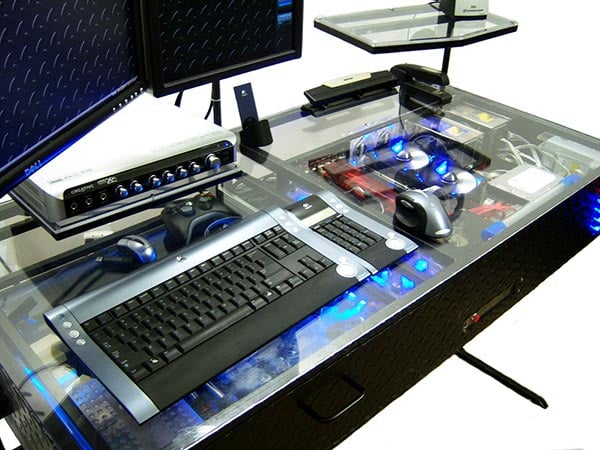 But that’s not all: see the tower sitting on top of The Desk? 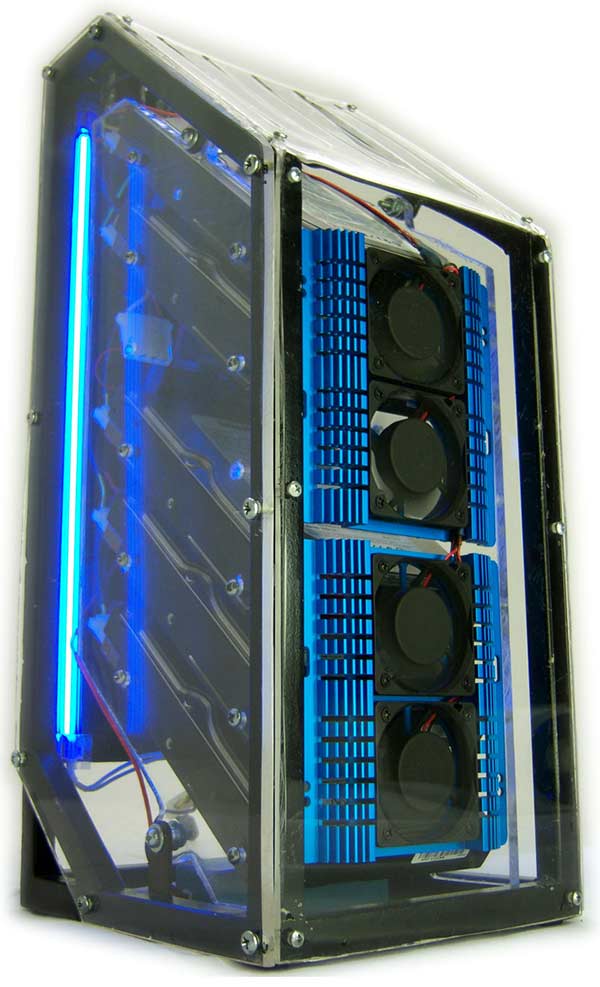 Urbina built the tower – which by the way, is called, “The Tower” – so that he can turn off his additional hard drives individually. The Tower contains 5 disks – with room for 1 more – bringing The Desk’s total capacity to 3.62 terabytes. Urbina is especially proud of The Desk not just because it’s won several awards in case mod competitions, but because it’s his everyday computer. Check out his website for more pics.