Here’s another kooky – yet violent – USB flash drive from China. This time, we’ve got memory that looks just like a bullet. 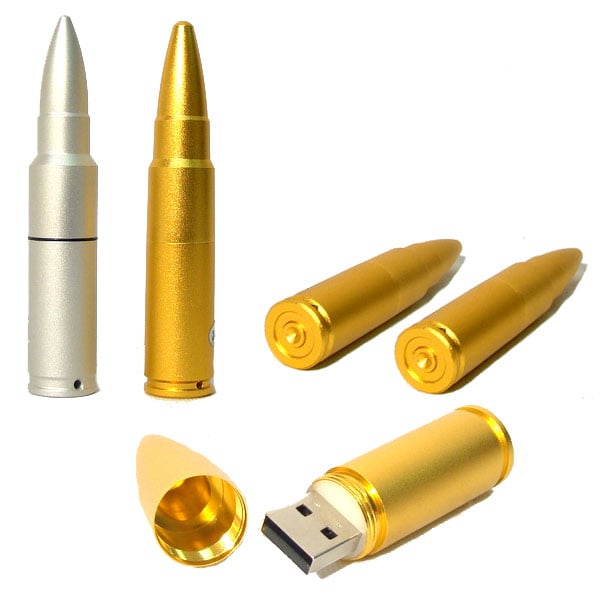 Now the guys over at ChinaGrabber say the drive is based on the the design of machine gun ammunition, but I think they look more like the bullets from an assault rifle. You say tomato… Each bullet flash drive is built from a sturdy metal shell that’s anti-magnetic, shock-proof, moisture-resistant, and can withstand extreme temperatures. I bet it’s not Rfiddler-proof, though. Nor do I think it would survive being shot out of an M16.

These flash drives only store 2GB of files, but you’re probably not buying one of these for its storage capacity anyway. They sell for $19.99 (USD) each, and are available in both traditional gold/bronze shells and also as a silver bullet, sure to disappoint on satisfying its metaphorical name.