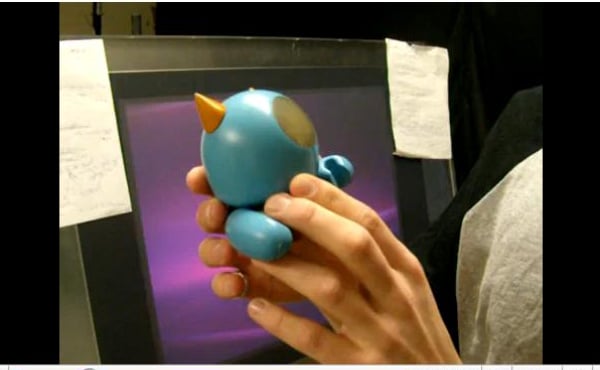 As you may have guessed, the monster was made specifically for the Surface, Microsoft’s super multitouch tabletop computer. Right now the monster can’t do much besides suck bubbles up its butt (and poop them out if its eye is poked), but it does a good job of illustrating the level of interactivity that’s possible with the Surface.

Some of you may have seen this other video below, but I’m still posting it here because it shows the monster at its more complete and “conscious” form.

Imagine what the Surface can do to make chess more exciting. What was that chess game on the PC again, the one where the pieces actually attacked and killed each other? Now think of that on the Surface. That’s a chess a fool like me could understand.