The iPhone continues its quest to be recognized as a legit gaming device with the impending port of Capcom’s Street Fighter IV to Apple’s money-printing mobile device. As the screenshot below shows, the iPhone port looks a lot like the console versions, although I bet a lot of gamers will complain about the area taken up by the controls. It does look kinda distracting. 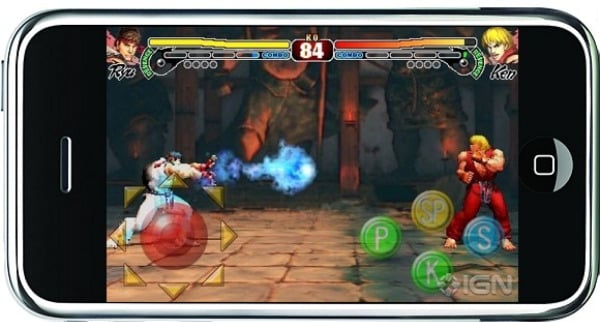 Capcom also promises a sizable roster, all of the moves including Ultras (and their corresponding animations), as well as “a number of control configurations so players can find their favorite position, button transparency, and set-up”. Multiplayer battles will be done over Bluetooth, and there’s a training mode as well. No word on the price or release date as of now.

What do you think fighting game enthusiasts?  Can you imagine playing (and having fun with) Street Fighter IV on the iPhone?

[via Joystiq and IGN]