A young Togolese man named Sam Todo made a humanoid robot “almost entirely from old television sets.” Todo built the robot as a way of encouraging his fellow Africans to become more interested in science and technology. The hearts of hundreds of millions of dusty, unused and ignored TVs from around the world were also filled with hope at the thought of being reincarnated as a freakin’ robot. 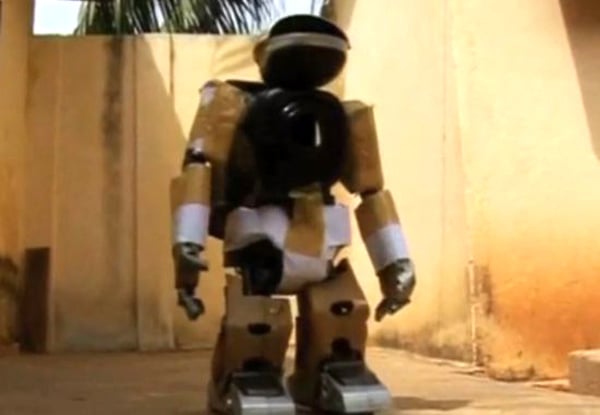 Despite its impressive current state, Todo will continue working on the robot, which he named SAM 10. He wants it to be able to greet people, avoid obstacles and calculate its distance from an object. I wish Todo could teach me how to do those three actions as well.

Maybe we should send Todo all of our unused TV sets so he can turn them into an army of robots. If that doesn’t inspire people, then nothing will.